The Beastie Boys performed their last show just outside of Tennesse for the Bonnaroo festival back in 2009. They didn't know it would be their last show however shortly after Adam "MCA" Yauch was diagnosed with salivary gland cancer and all shows after were cancelled.

This weekend, the Beastie Boys are sharing the Bonnaroo show for free which you can watch below. 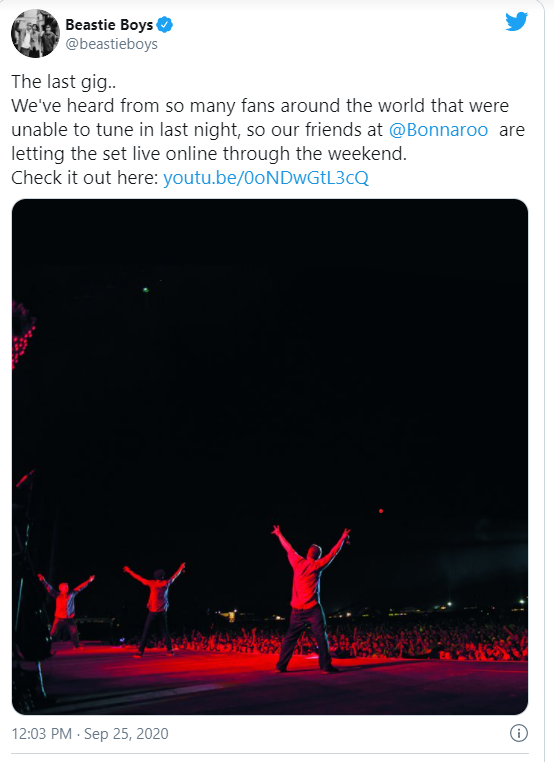 Beastie Boys will also release a 'best of' called Music on October 23rd which you can pre order here.

Click here for the setlist and rock out below!