There was a 10 minute standing ovation!

“It was so energizing to feel the love, joy and anticipation from the public. The world press from the next couple of days was equally encouraging. They had had a private viewing, so the questions were totally relative to the documentary. The film had clearly touched the hearts of both audience and critics alike.” - Jimmy Page via Ultimate Classic Rock Magazine

The documentary looks into the band members paths through the 60's and how they ended up in a studio together in 1968 and the magic that happened next.

And as you can see the trailer, some footage has never been seen before and the film was cleaned up... yay technology! 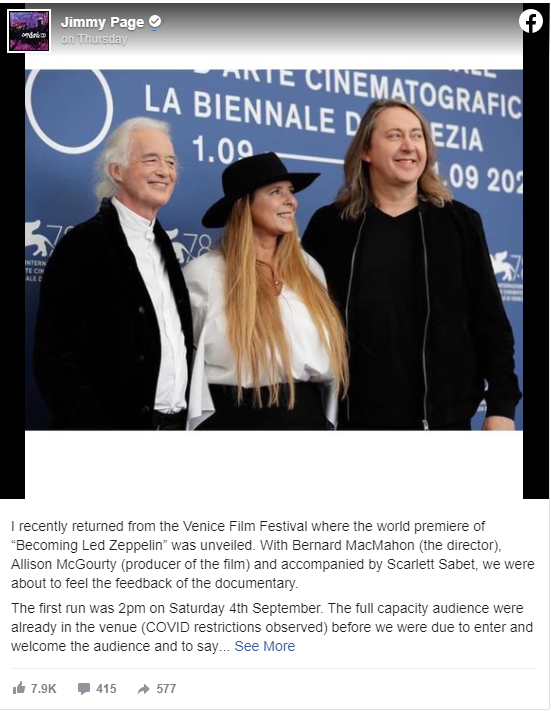 No release date is set yet.