The number of hip surgeries performed at Penticton Regional Hospital could almost double thanks to a key piece of medical equipment acquired through a major donor’s gift.

Douglas Dewar has donated $235,000 to the South Okanagan Similkameen (SOS) Medical Foundation for a “C-Arm” to be used in tandem with the recently-acquired second specialized hip surgery table at PRH.

Erin Robitaille, a medical radiation technologist, explains that a C-Arm provides surgeons with a continuous Xray-like view of the surgical area. “It essentially serves as the eyes for the surgeon in the operation room,” she said.

The additional C-Arm and operating table allows for two hip surgeries to be conducted at roughly the same time in separate operating rooms. The new David E. Kampe Tower at PRH has five operating rooms, compared to three previously.  As a result, surgical wait times are decreasing.

This is not the first time Dewar has made a major gift to the hospital.  In 2015, he donated $500,000 towards the new rooftop helipad at PRH. Dewar was among the owners ofOkanagan Helicopters, which evolved into Canadian Helicopters (now HNZ), and served as a company director from 1967-81. His family for many years owned the Banbury Green campground property in Kaleden.

Construction of Phase 2 of the hospital’s $312-million expansion, including a major upgrade to the Emergency Department, is due to be completed by the fall of 2021.

The photo below shows Erin Robitaille, a medical radiation technologist at Penticton Regional Hospital, demonstrates a C-Arm imaging unit used in many hip surgeries at PRH.  Former Kaleden resident Douglas Dewar has donated $235,000 to acquire a second C-Arm for the hospital. 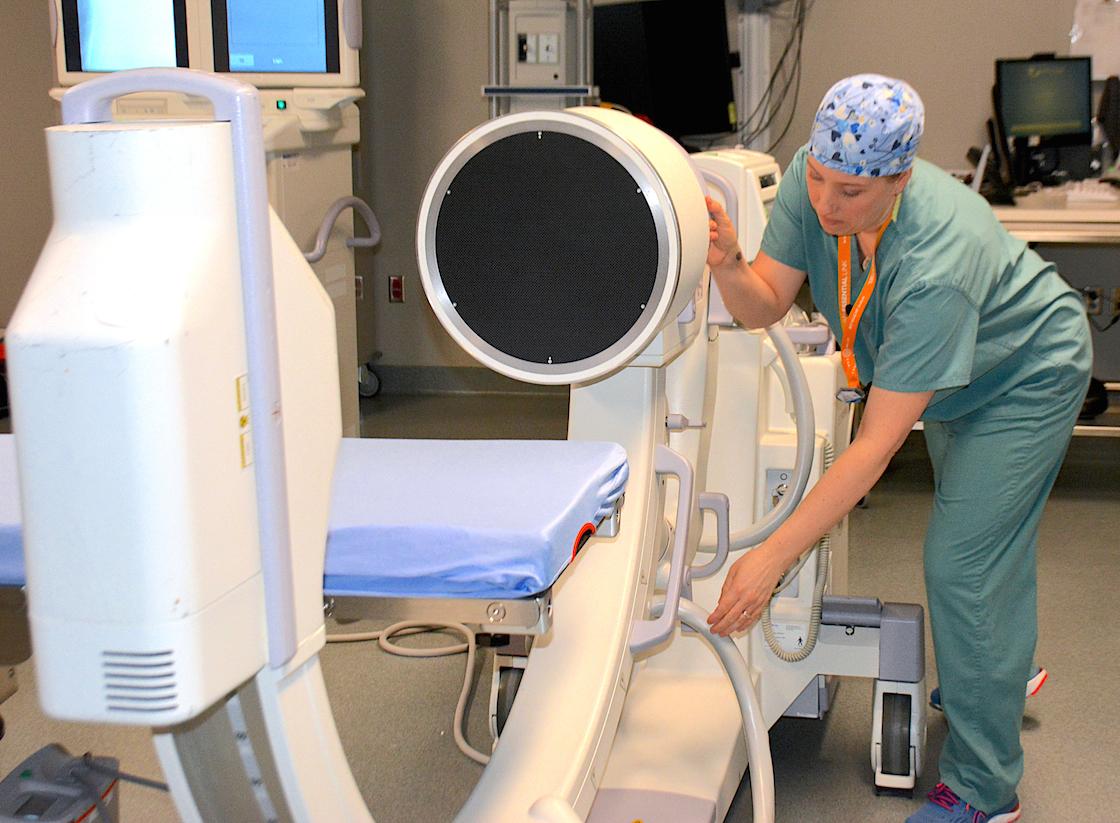