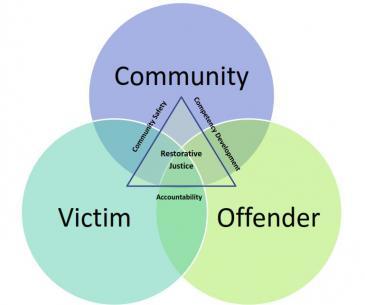 Volunteer Terrace just finished training a new batch of facilitators just over three weeks ago. These 20 new facilitators will help different schools and community members in both Terrace and Kitimat in the practice of Restorative Justice.

Restorative justice is a practice that looks at repairing the harm caused by criminal behaviour, and it is best accomplished through working together with both the accused and the victim. Typically an offender and victim would sit and talk about how the actions affected them, and how it made them feel. Restorative justice puts an emphasis on this because it allows the victim to say how they are feeling.

“The offender gets to hear that their actions may have not just affected an individual or a family, but an entire community,” said Teri Meyer, restorative justice coordinator, “because in the criminal justice system, the victims voice is taken away.”

Starting later this month via Zoom, Meyer and many other volunteers will begin working with teachers at schools in both Terrace and Kitimat to try and help use these practices at school.

In addition to talking to schools, program director Dan Kasperski says that the RCMP also have a new mandate to pass along any cases they think might be better suited for restorative justice.

One of the main reasons they were able to move forward with this program was thanks to a 20 thousand dollar grant they received from CN. Kasperski says they hopefully can continue to receive grants, and continue to grow this program even further.