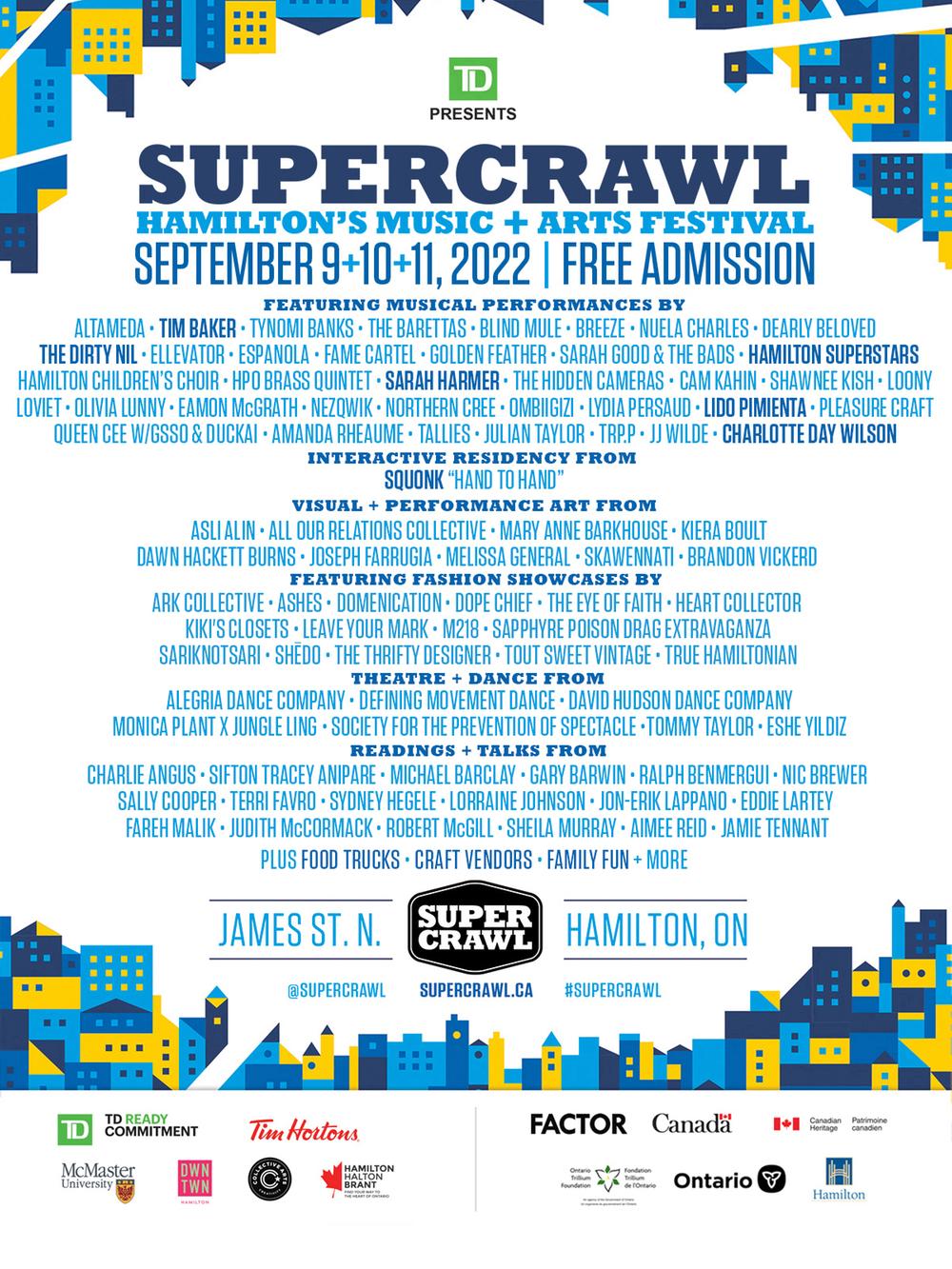 Supercrawl 2022 will also feature an interactive residency from Pittsburgh’s post-industrial art rock performance troupe Squonk, who will bring their touring production “Hand to Hand” to the festival for shows on September 10 and 11. This don’t-miss event, a rare international date, will be only the second time Squonk has staged “Hand to Hand” in Canada.

Supercrawl will also offer dozens of food trucks, scores of craft vendors, plus a Family Zone packed with creative options for children and youth. Announcements on all three, as well as festival schedule and map, will follow in the days and weeks ahead.

Supercrawl is a free, not-for-profit outdoor music and arts festival that showcases the cultures, businesses and creative people in Hamilton’s downtown core. It is both an acclaimed tourist event with national profile and a celebration of the city’s creative vitality. On an annual and ongoing basis, Supercrawl provides opportunities to local artists and performers, showcasing them alongside their regional, national and international peers. 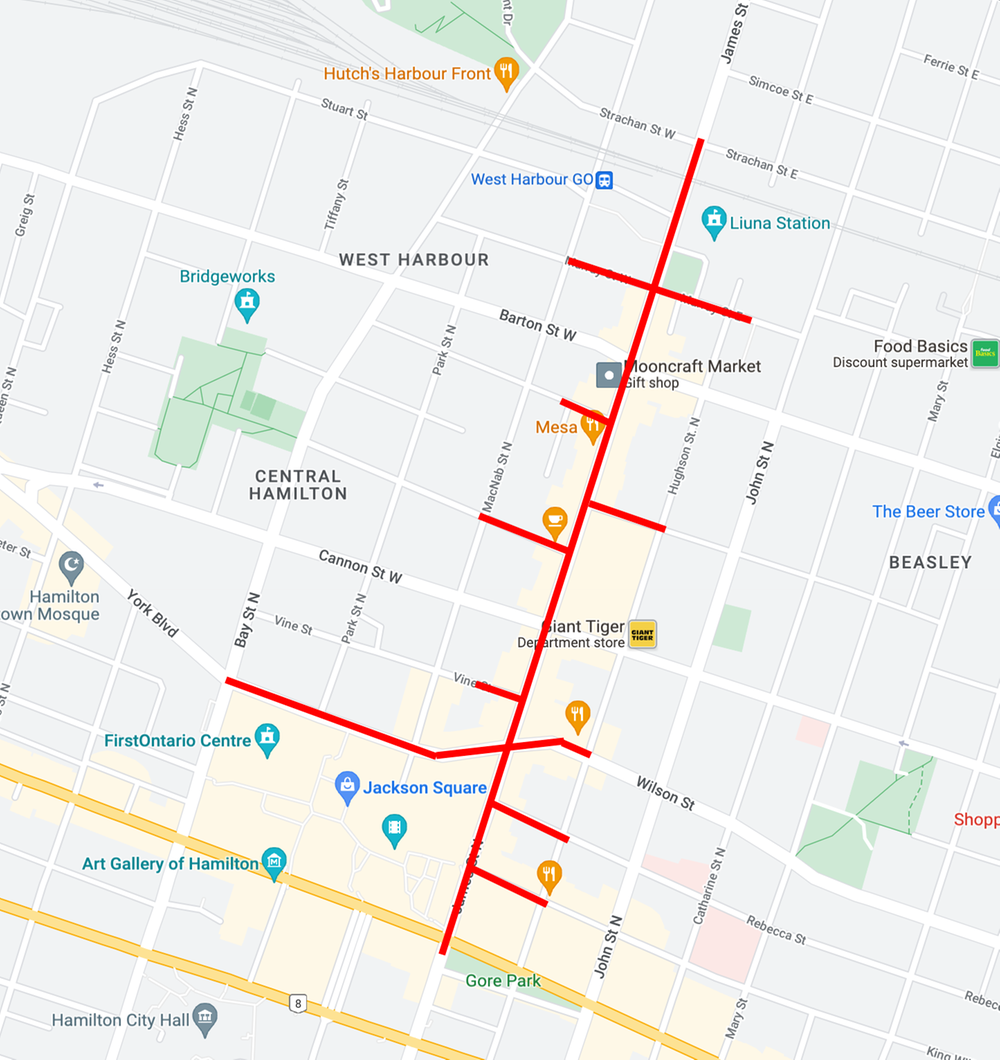 James St. North will be closed from King to Strachan from 1 a.m. Thursday September 8 until Monday September 12 at 5 a.m. Cannon will remain open to westbound traffic throughout the festival, with traffic safety barriers on both sides of James.

York Blvd. will be closed between Bay St. and Hughson St. from 1 a.m. Friday September 9 until Monday September 12 at 1 a.m.

King William, Rebecca, Vine, Mulberry, Colbourne, Robert, and Murray Streets will be closed for roughly a block outside of the James North corridor during the festival.