Noah Cyrus Deletes Racist Post: 'I Am So So Sorry'

Noah Cyrus deleted and apologized for an Instagram Story on Thursday that was called out as racist.

“i am mortified that i used a term without knowing the context and history,” the 20-year-old singer (and sister of Miley Cyrus) wrote in a follow-up Instagram Story, ‘but i know now and i am horrified and truly sorry.”

Cyrus found herself in hot water after trying to defend Harry Styles’ decision to pose in a dress for the cover of Vogue. She shared a photo of Styles and wrote: “he wears this dress better than any of u nappy ass heauxz.”

The term “nappy,” which dates back to the slave trade, has been used in a disparaging way to describe the hair of Black people.

Candace Owens, the conservative commentator who made headlines for criticizing Styles’ Vogue cover – she tweeted “Bring back manly men” – is Black.

On Thursday, Owens tweeted: "Any one of woke liberals care to explain to me how @noahcyrus calling me a 'nappy ass hoe' is not racist? I’m all ears. You guys love cancel culture. @MileyCyrus come get your sister!"

Cyrus thanked people on social media for “educating” her and promised never to use the word again.

‘i in no way meant to offend anyone. i am so so sorry.” 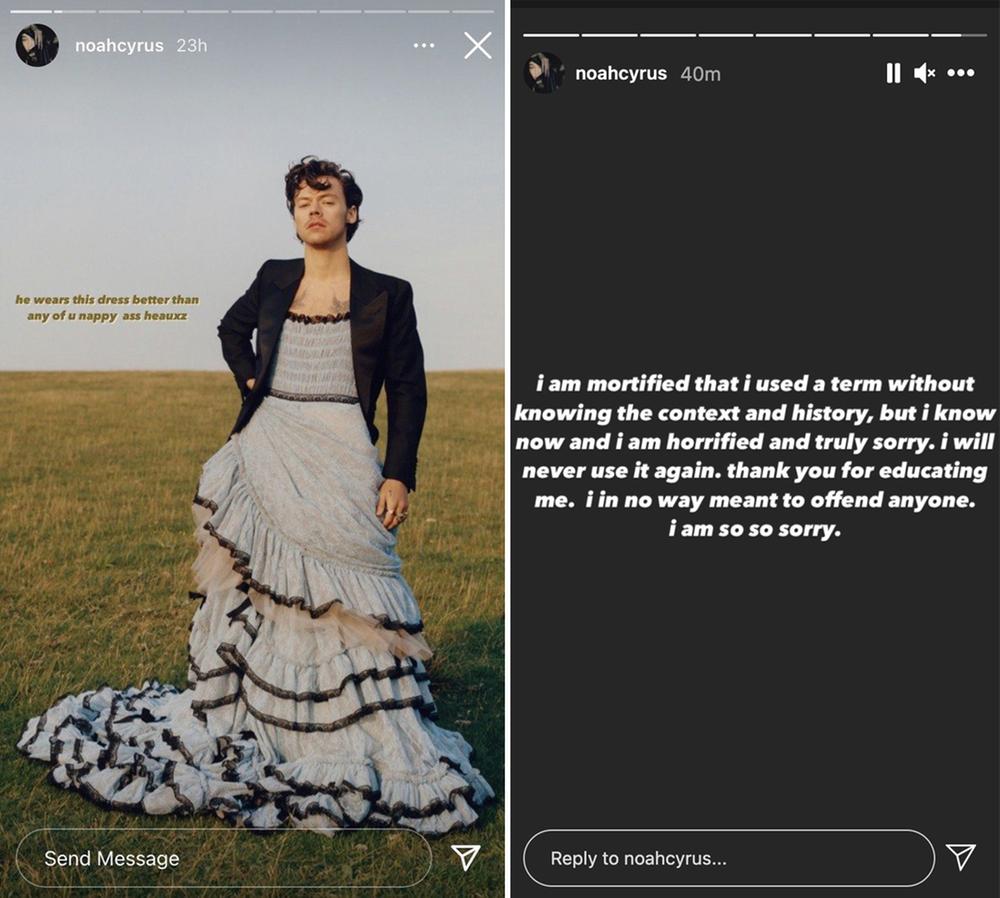 Listen to music from Noah Cyrus