The Pabineau First Nation and City of Bathurst inked a new protocol agreement to work together on matters of mutual interest and concern.

The agreement would see leaders from both communities discuss things like economic development, culture, and tourism.

Mayor Paolo Fongemie says the agreement establishes a clear pathway to collaboration that will enhance the level of commitment and respect both communities have for each other.

The document also recognizes that the city is on traditional Mi'kmaq territory, and recognizes the Pabineau First Nation's Aboriginal and treaty rights.

Pabineau First Nation Chief Terry Richardson say the agreement solidifies the relationship the two communities have nourished through the years.

Meanwhile, Fongemie presented Elder Gilbert Sewell with a framed picture of himself, that had been in place at City Hall, as a gift to recognize Sewell's lifetime contributions at Pabineau First Nation and the Chaleur Region 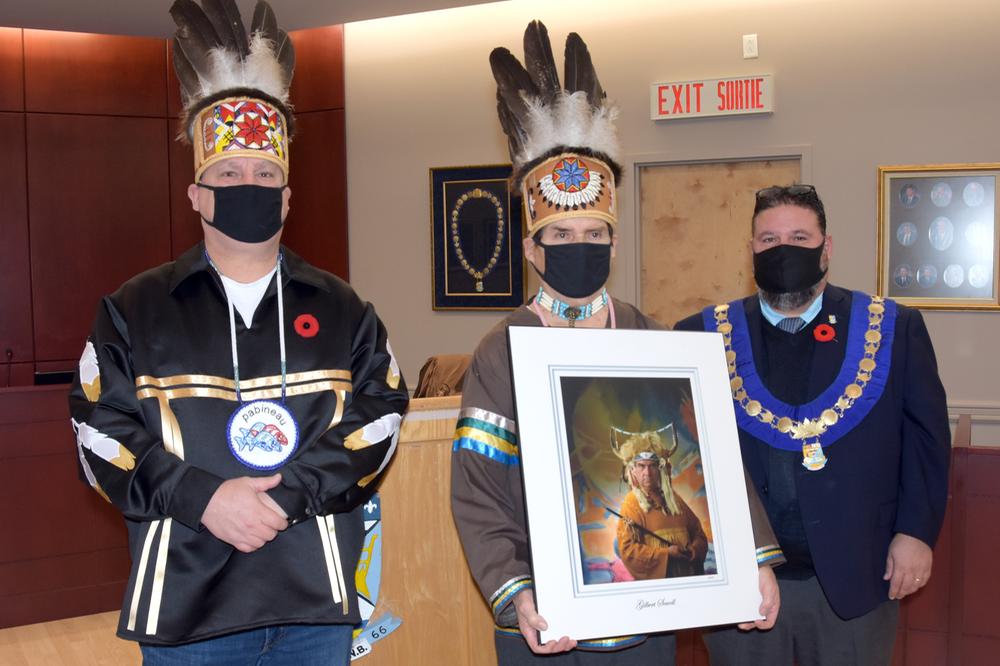