The RCMP is investigating after a vehicle and several firearms were stolen from a home in Saint-Leonard.

Police say the vehicle was stolen from a residence on Rue Lapointe on Monday and that the owner witnessed the theft.

Police say there were six firearms all properly stored inside the vehicle including:

Officers later spotted the vehicle in the Florenceville area but the driver failed to stop and fled towards Woodstock.

The investigation is on-going.

Anyone with information is asked to contact RCMP or Crime Stoppers. 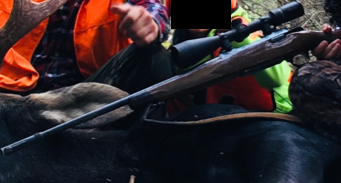