Shawn Desman is back in the spotlight thanks to the success of his infectious new single “Maniac" – and he's premiering the music video exclusively on iHeartRadio.ca!

“Shooting this video felt like I had never left, and I was right back at home,” the 40-year-old singer said of his first video in seven years.

Shot inside Pursuit OCR (an “obstacle-based fitness facility” in Toronto), at the iconic El Mocambo club and at Filmore's Hotel, the video was directed by Dan LeMoyne. “He was amazing to work with and really just let me be me,” said Desman, who added that it was important to keep things simple.

“I wanted it to be a reintroduction without the complicated storyline – just focused on the music and movement.” 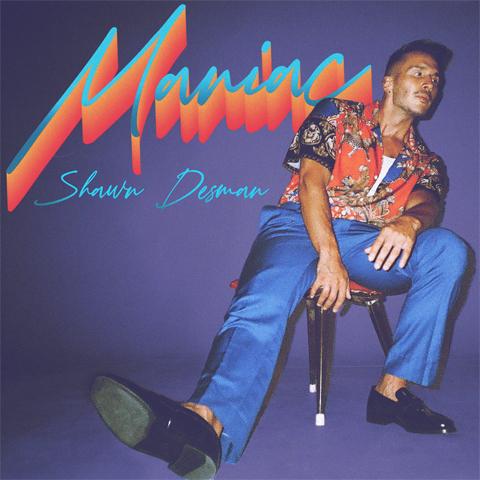 It’s a comeback track for an artist who was a fixture on the Canadian music scene for many years. Desman’s 2002 self-titled debut album featured hits like “Shook” and “Get Ready” and his sophomore release Back for More spawned “Let’s Go” and earned him a JUNO Award for Best R&B/Soul Recording.

His 2010 album Fresh included the hits “Shiver,” “Night Like This” and “Electric.”

Desman stepped away from music in 2015 after losing his record deal and focused on being a husband to Chantelle Leonardo-Fernandes and a father to their three children.

Then, this past summer, Desman was invited to be a part of the All Canadian North Stars show, which kicked off Drake’s OVO Fest weekend in Toronto. He vowed to “blow the roof” off the venue – and evidently many in the crowd that night thought he did.

In the weeks that followed, Desman did the media rounds and shared the story of how Drake praised his performance and encouraged him to make music again.

He told iHeartRadio Canada’s Shannon Burns that Drake pulled him aside after his set and said: “Did you hear those people? Did you see what you did out there? Do you feel it? Because they were going crazy. Your music feels likes its new again. People love you … Shawn Desman needs to make music again.”

Desman said: “He changed my life that night.”

In a conversation with Virgin Radio Vancouver’s Holly & Nira, Desman recalled that after the show he got into the car with Chantelle and their children “and my wife turns and looks at me and she said ‘Babe, I don’t think you realize what you did up there tonight … You need to do this again. The universe is on your side.’”

Check out the video for Shawn Desman’s “Maniac” below:

Listen to music from Shawn Desman