Shania Twain was perfectly pink Tuesday night at the People’s Choice Awards, where she was honoured with the Music Icon Award.

The 57-year-old Canadian superstar burst onto the stage with a fiery performance of 1995’s “Any Man Of Mine” before changing her look for 1997’s “That Don’t Impress Much” (in which she name-checked Ryan Reynolds) and then stripping down to a sparkling body suit for her new single “Waking Up Dreaming.”

Twain put on a top hat to close the medley with her 1997 smash “Man! I Feel Like a Woman.”

MORE: Shania Twain Opens Up About Becoming A Confident Woman

Accepting the award, Twain said it was times like this that make her miss her mother Sharon, who died in a car crash in 1987. “She would have, you know, loved watching her little girl living this moment right now,” the singer said.

“But, you know what, my fans, my friends, my team … we’re celebrating together and you’ve made me feel loved and special my whole working life and I will always be grateful for that.”

Twain reflected on her career and then shared some inspirational words.

“I just want to say, giddy up kids! Embrace your individuality and your crazy ideas. Just be brave,” she said. “Let’s remember there is power in numbers. We are in this together. Love is love.

“And when a door slams in your face take a freakin’ run, just run and leap at that door and kick it down. You won’t regret it … Be the queen of you.” 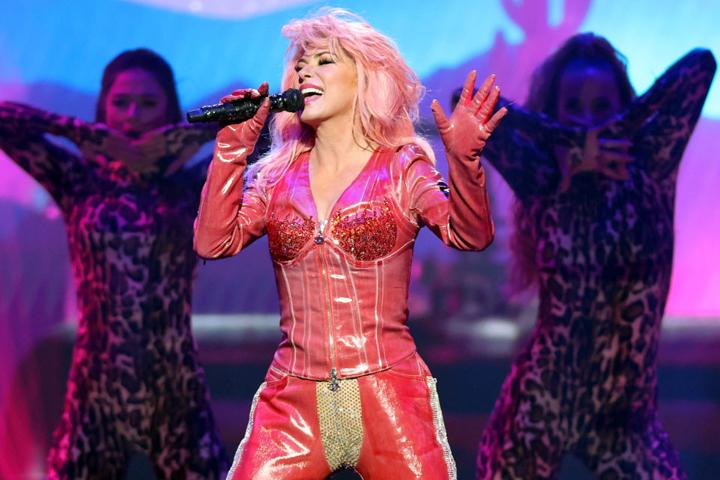 Listen to music by Shania Twain