Niagara portion of the trucker convoy set to move across the region this morning between 7:30-9 a.m.

Vehicles will be leaving Niagara this morning to meet up with a trucker convoy headed to Ottawa.

The Niagara portion of the convoy will be meeting in Fort Erie this morning at 7:30 on Pettit Road, and then head to York Road in Niagara-on-the-Lake for 8 a.m.

There are some supporter rallies planned to see the group off, so be careful around QEW overpasses in Niagara.

The group is then expected to continue onto Hamilton, arriving on Kenora Ave. at 9:30 a.m. 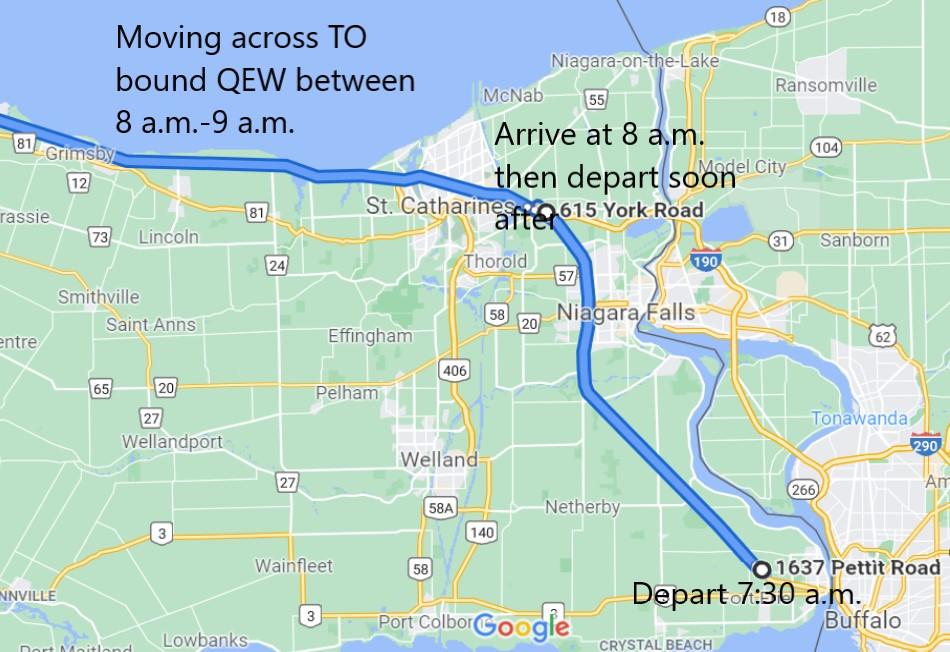 CKTB will keep you updated on any traffic disruptions in Niagara with live reports every 15-minutes until 9 a.m.

You can also check traffic cameras across the region to see if the convoy will impact your drive.

Protesters are then making their way into Ottawa for Saturday.

Ottawa police estimate there could be up to 2,000 demonstrators, but the number is shifting quickly, and they are warning residents against travelling downtown during the event.

They are working with the RCMP and intelligence agencies to prepare for any situation , including violence

Prime Minister Justin Trudeau says there is a small fringe minority among the group en route to Ottawa who are holding ``unacceptable views.''

One online video includes a far-right wing supporter expressing hope the rally will turn into the Canadian equivalent of last year's January 6th insurrection at the U-S Capitol by Donald Trump supporters.

Conservative Niagara West MP Dean Allison tweeted his support for the group saying the media and Liberals are trying to smear and discredit the group.

He told the group to keep respectfully and peacefully keep on trucking.