Michael Bublé Makes it Official! We Have Flipped the Switch to Christmas Music!

Burnaby's own Michael Bublé is a national treasure, and a global superstar. After the incredible success of his Christmas album released 10 years ago, he holds the title as the rightful King of Christmas! 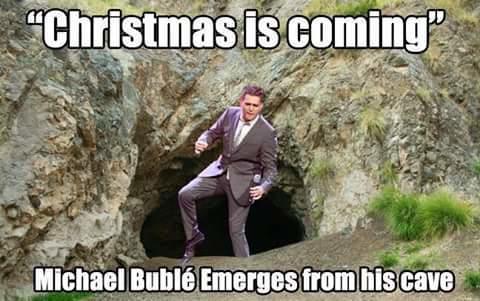 You know you've done something right when the internet memes you. Although he confirmed he does not in fact live in a cave, Bublé embraces being synonomous with Christmas, "I was so happy, so grateful, that I could be part of something that brought so much joy to so many" Bublé told Ray Grover.

Check out some of the highlights from the interview as Bublé discussed the continued support from his hometown, the success of his Christmas album, and his love for Vacouver's Christmas Music station!