Actress Charlyne Yi took to Twitter on Saturday, claiming that rock star Marilyn Manson had once visited the set of House and "harassed just about every woman” about lesbian sex, and made racist remarks.

Yi's accusations came as Manson appeared to have a meltdown onstage during his concert at The Paramount in Huntington, NY where the rocker was seen pushing over an amp, throwing his mic, and ending the set only a few songs in.

After word got out about Manson’s tantrum, Yi spoke up about the time when the rock singer showed up on the set of the medical drama’s eighth and final season, as a fan, and allegedly went too far.

"Ugh don't even get me started on Marilyn Manson. Yes this happened a long time ago — on the last season of House he came on set to visit because he was a huge fan of the show & he harassed just about every woman asking us if we were going to scissor, rhino & called me a China man," she claimed in a now-deleted tweet, according to New York Daily News. The terms “scissor” and “rhino” are slang terms to describe lesbian sex acts.

"It's so triggering to see people come up on the internet who have harassed you. And then when you talk about the incidents you become known as the person tied to the harasser. And that's just your name from now on. It almost overrides who you are” Yi added in a follow-up tweet. 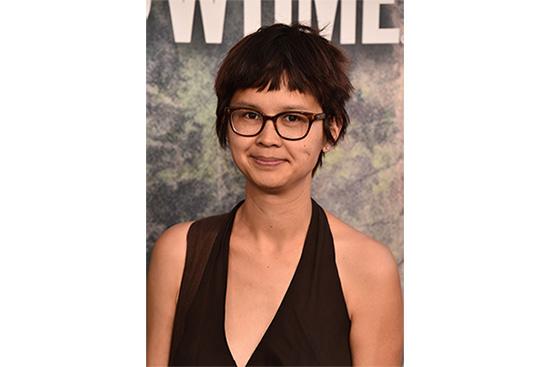 The 32-year-old actress later claimed that she was harassed by Manson fans on Twitter, telling her to die and that she was to blame for the incident.

“It's fun when you say someone harassed you and then it's followed by folks harassing you. I wonder if humans will ever get better,” Yi quickly rebutted in a general tweet.

”People are sick. Sincerely," she added. "People obsessed with Marilyn Manson telling me that racism and sexual harassment is okay. You know what? You can all go f**k off and educate your hearts. Grow the f*** up. I grow bored with tolerance and passiveness for this BS."

So far, no public comments or responses to Yi have been made by Manson.