Adele Owns A Piece Of Gum Chewed By Céline Dion

Adele has revealed that her most prized possession is a piece of gum purportedly chewed by Céline Dion.

In a rapid-fire Q&A video for Vogue, the singer explained that late night host James Corden presented her with the sticky souvenir.

Dion appeared in one of Corden’s “Carpool Karaoke” segments in 2019. “He knew how much of a fan of her I was,” Adele said, “and so he made her spit her gum into a piece of paper and he framed it for me.” 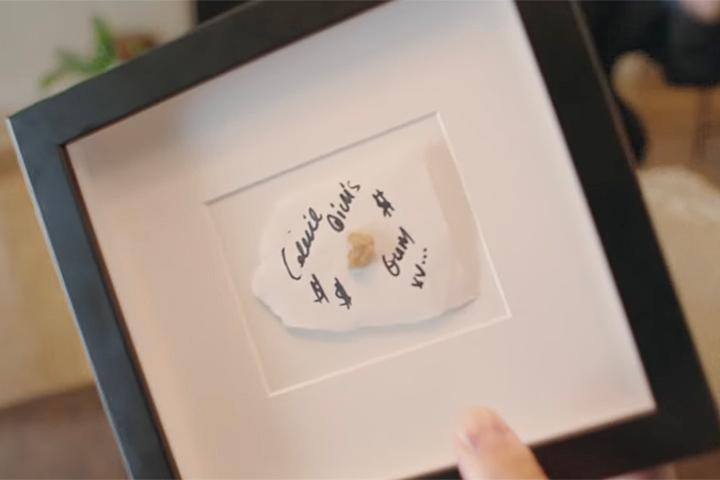 Elsewhere in the video, Adele said Dion’s 1997 smash hit “My Heart Will Go On” is the song she has covered the most. Barbra Streisand is the singer she would most like to have cover one of her songs; Chris Stapleton is her dream duet partner; and Adele named Canada's Leonard Cohen as her favourite lyricist.

Fans know Adele is also a big fan of Beyoncé so, when asked to rank her Top 3 albums, Adele replied: "That could be quite controversial. The Hive might come and kill me." (She listed I Am... Sasha Fierce, Lemonade and B'Day.)

Watch the full video below: