Adele Says She Didn't Spot Shania Twain At Her Show

Adele has claimed she didn't recognize Canadian superstar Shania Twain in the audience at her Las Vegas residency show this past weekend.

In an Instagram Story, the singer shared a photo showing Twain smiling at her with her chin on her hand. She wrote on it: "Thank god you had a hat on @shaniatwain I would have self combusted had I seen it was you!! I adore you. I can't believe you came to my show."

Twain reposted Adele's Instagram Story and wrote: "Thank goodness we didn't make eye contact, all I can think of is the reaction of all those fans to @adele combusting halfway through the show."

In another Story, Twain said she had "a magical time" at Adele's show. 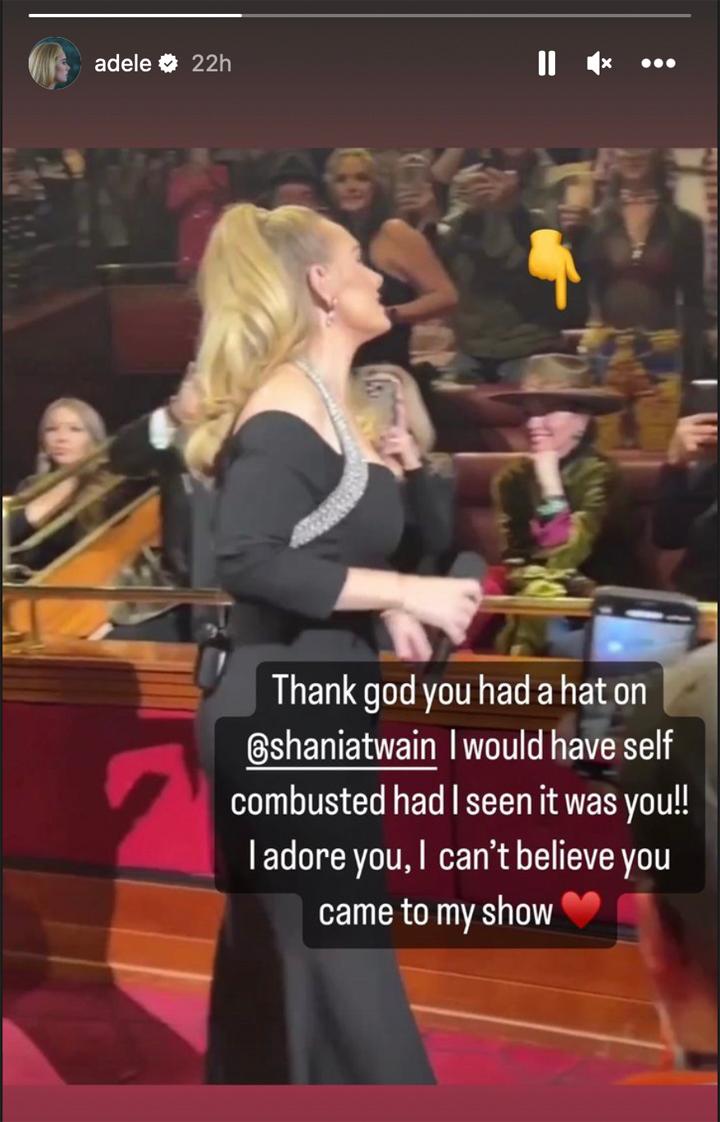 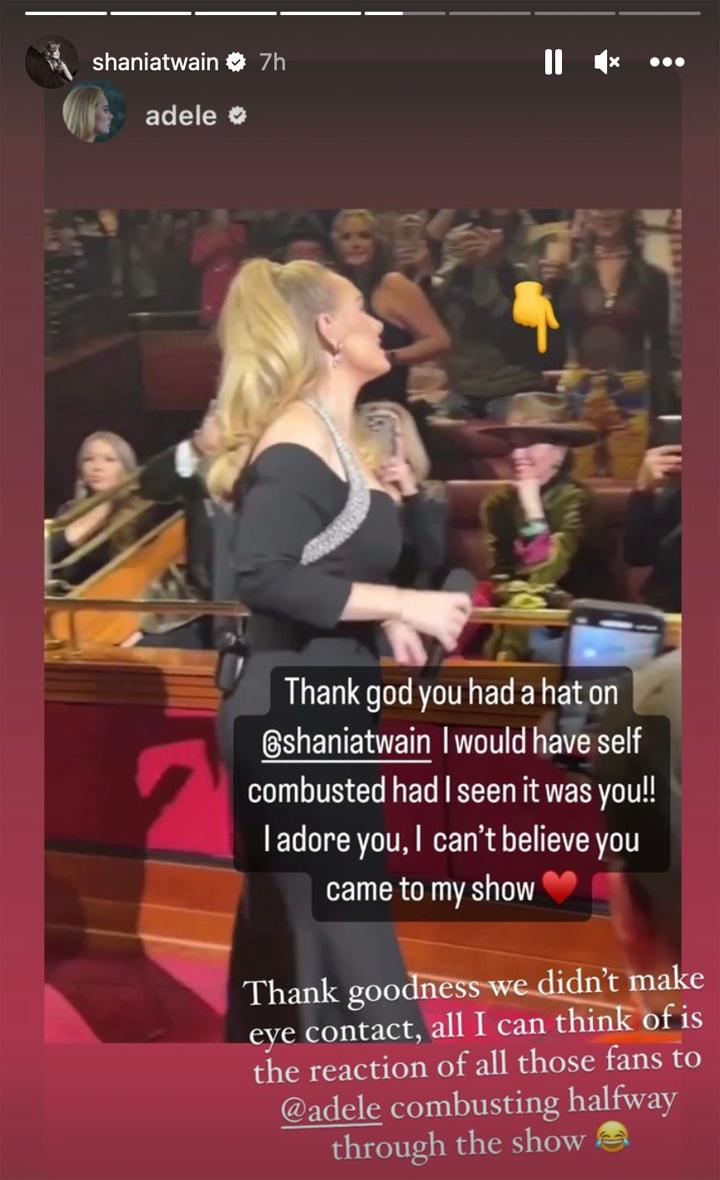 There have been four performances of Weekends With Adele at the Colosseum at Caesars Palace and Adele has 28 more scheduled before the end of March.

Twain, who will kick off her Queen Of Me Tour early next year, is no stranger to the Colosseum. She did 105 shows of her Still The One residency between 2012 and 2014.