Alec Benjamin Deals With Side Effects Of Success

Alec Benjamin is only minutes away from stepping on stage in front of hundreds of female fans who lined up on a wet and chilly night in Montreal waiting for the doors to open. He’s only been awake for about five hours.

“I stayed up until five in the morning watching The Lord of the Rings,” explained Benjamin, who slept until two in the afternoon and “then woke up and ate a box of Nerds and then I felt like I was going to throw up.”

Benjamin, who turns 25 next month, admitted he’s still getting used to life on the road.

“I’m the kind of person that needs a schedule and I’m struggling,” said the singer. His Montreal show marked the beginning of the second half of his Outrunning Karma Tour. (He plays Vancouver on May 2.) "It’s definitely been taking a toll in the last day or two.

“I’m depressed because I’m not exercising or eating healthy, and so that has an effect on me emotionally.”

The reward is seeing all those fans singing along to his deeply personal songs. “It feels awesome,” he said. “I feel like I’m spoiled because when I play shows that maybe aren’t so good, I’m really let down.”

What makes a show not so good? “I don’t know,” he replied. “This is the first time where touring [is] a part of my everyday life. Usually a show day would be an anomaly. I would make sure that day was a special day because it would have to be because it was so rare that I got to play in a venue.

“Now I do it every day and it still is very special but when it becomes a part of your everyday routine... not every day is the best day of your life, you know.”

Before he was selling out venues, Benjamin performed for fans waiting outside those where artists like Shawn Mendes and Troye Sivan were playing – stacks of business cards at the ready. 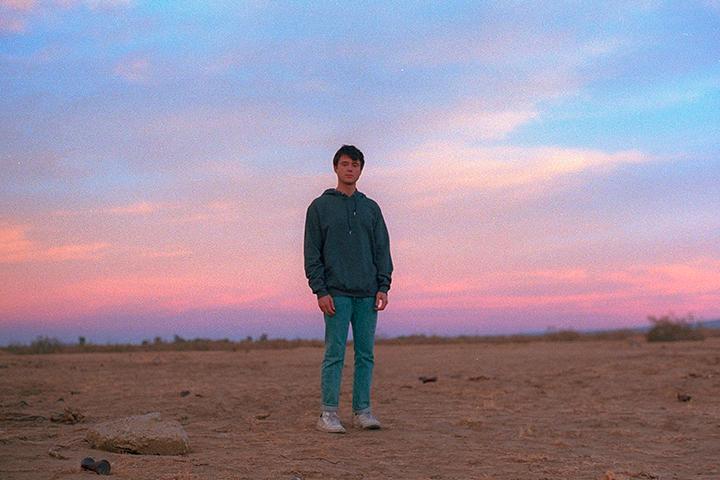 What came first to Benjamin – singing or songwriting? “Singing,” he replied without hesitation. "Singing, yeah absolutely. I only learned guitar so I could accompany myself as a vocalist.”

Benjamin explained that songwriting happened because he wasn’t interested in singing other people’s songs. “It felt weird to me to be singing someone else’s words, especially if I felt like I had something to say,” he recalled. “Little did I know that songwriting is the most important piece of this whole thing.

“I’m learning to love it. I think I do love it. I just put a lot of pressure on myself and I’m very focused on the outcome so sometimes I spend a day writing a song and if it’s not good then I’m like ‘that was a waste.’ It’s hard to live my life like that.”

Benjamin is not so much a songwriter as he is a storyteller or, as he likes to put it, a narrator. Look no further than his mixtape Narrated for You, a collection of tales set to music and delivered by a sweet, pure voice that belies his years.

Whether it’s the dark “Death of a Hero” or the quirky “Steve,” Benjamin has figured out how to craft songs that make the listener want to hang off every word. This is an artist who somehow makes you care about a robot he built with “three pieces of plastic and a pen” – as he does in 2017’s “I Built a Friend.”

“I try not to put too much of a filter on myself,” he said. “Usually whatever comes out naturally is probably the right thing because… I try not to think about it.

“Ultimately if it’s something that my friends or fans or family really like, I’ll just put it out.”

Benjamin’s emotional song “Let Me Down Slowly,” which is about hoping someone you love will be gracious if they’re going to walk away, was re-released in January with vocal contributions from Canada’s Alessia Cara.

Benjamin said the collaboration happened really easily. “Twitter,” he recalled. “I just tweeted her and she was really cool and excited and said, ‘Let’s do it.’”

Of course, Benjamin uses social media to do more than connect with artists he admires. But, he has mixed feelings about it.

“It’s scary in a lot of ways. Social media empowers people but definitely has some side effects that aren’t so good,” he admitted. “One of the advantages is you can reach people [but] It definitely has an effect on brainwaves and stuff – that’s a fact.”

Benjamin said platforms like Twitter and Instagram keep him up at night. “You’re looking at the screen all day. I don’t think we were built for that.”

He concedes that social media is a necessary evil in today’s music business.