The music world is mourning the loss of its Queen of Soul.

Aretha Franklin died at 9:50 a.m.Thursday at her home in Detroit, surrounded by loved ones. She was 76.

A statement from Franklin's longtime publicist Gwendolyn Quinn said the music icon's death was due to "advance pancreatic cancer of the neuroencorine type." The singer's family called it "one of the darkest moments of our lives" but added they were "deeply touched by the incredible outpouring of love and support."

The Queen of Soul died exactly 41 years after the King of Rock 'n' Roll, Elvis Presley.

Tributes are pouring in from around the world. On Instagram, Annie Lennox shared: "As the One and Only ‘Queen of Soul’ Aretha Franklin was simply peerless. She has reigned supreme. and will always be held in the highest firmament of stars as the most exceptional vocalist, performer and recording artist the world has ever been privileged to witness.

"Superlatives are often used to describe astonishing artists, but in my view even superlatives seem insufficient. Everyone who loved Aretha will be saying little prayers of gratitude, appreciation and respect for the musical life force that enriched our lives. Her voice will soar on forever."

The NAACP tweeted: "The ever-reigning Queen of Soul Aretha Franklin is an iconic symbol of black pride whose music touched so many hearts and souls. As the 2008 recipient of the NAACP Vanguard Award, we know Aretha's legacy will live on and we send our love our prayers. Rest in peace."

One of the biggest-selling music artists of all time, Franklin earned 17 Grammy Awards (plus three special Grammys), three American Music Awards and a Golden Globe. In 1987, she became the first female performer inducted into the Rock and Roll Hall of Fame.

"When it comes to expressing yourself through song, there is no one who can touch her," Mary J. Blige wrote in Rolling Stone in 2008. "She is the reason why women want to sing." 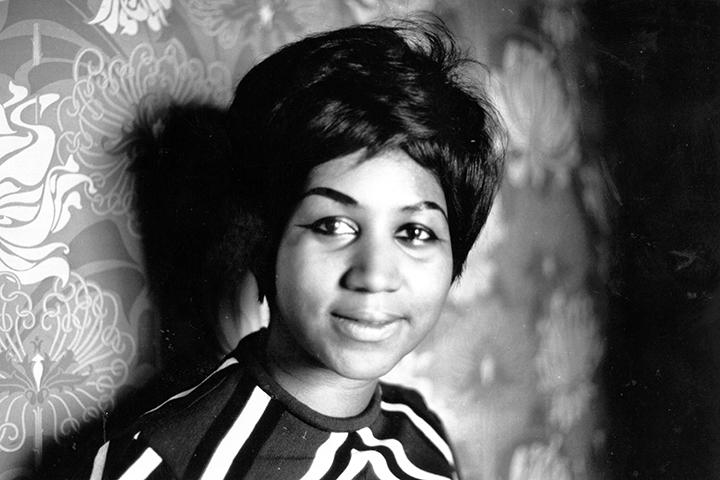 Born in Memphis to Barbara Siggers and Clarence Franklin, she moved with her family to Buffalo, NY when she was just two years old. By five, the family had relocated to Detroit.

Franklin found her voice as a child singing gospel at her father’s New Bethel Baptist Church in Detroit. She moved to New York, and then Los Angeles, to pursue her passion.

Franklin began singing professionally when she was 18 and was signed to Atlantic Records in 1967. After putting out hits like “Respect,” “(You Make Me Feel Like) A Natural Woman” and “Think,” Franklin earned the title of Queen of Soul.

Franklin explored other musical genres, scoring a pop hit with “Freeway of Love” in 1985 and covering The Rolling Stones’ “Jumpin’ Jack Flash” in 1986.

She collaborating with George Michael on 1986’s “I Knew You Were Waiting” and with Annie Lennox on 1985’s “Sisters Are Doing It For Themselves” and also earned acclaim for her operatic abilities, notably a Grammy performance of “Nessun Dorma” in 1998.

Franklin has four sons, including one she had when she was 12 and another when she was 14. She was married twice – to Ted White from 1961 to 1969 and to Glynn Turman from 1978 to 1984. Franklin then had a long time relationship with Willie Wilkerson.

Franklin saw more than her share of family tragedy. She wasn’t yet 10 years old when her mother died and her father died in a nursing home in 1984 after being shot five years earlier.

The singer lost her sister Carolyn to breast cancer in 1988, her brother Cecil to lung cancer in 1989, and sister Erma to throat cancer in 2002, the same year Franklin’s half-brother Vaughn died.

Though not related, Franklin was considered an aunt to Whitney Houston, who died in 2012. 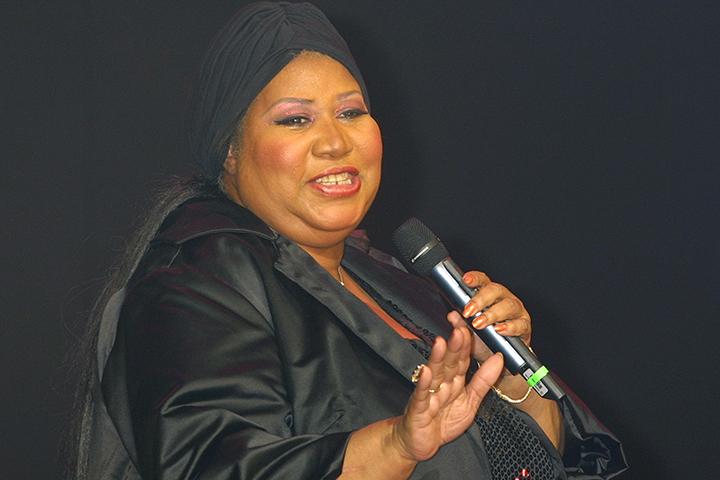 The star battled weight issues for most of her career and had problems with alcohol and cigarettes (she said she quit smoking in 1992). In 2010, Franklin was hospitalized for treatment of pancreatice cancer – although her diagnosis was not disclosed at the time. In interviews, she declined to talk about her cancer battle.

King Center statement re: the death of #ArethaFranklin. @BerniceKing pic.twitter.com/AVfyaKunpF

During her last five years, Franklin cancelled numerous concert appearances citing health issues. A fear of flying kept her in North America since the mid-80s.

She performed in Canada many times. A June 28th concert at Toronto’s Sony Centre for the Performing Arts was cancelled in April because, promoters said, she has “been ordered not to perform in the coming months.” Franklin was also in Toronto to reprise her role as Mrs. Murphy in 1998's Blues Brothers 2000, which was shot in the city.

Singer Cassadee Pope tweeted Thursday that Franklin represented "strength and empowerment... not to mention that voice. If you’re a vocalist, no matter which genre, you look up to that voice. Filmmaker Ava DuVernay tweeted: "Her voice/swagger was peerless."