Ariana Grande received some backlash from fans on social media last week for including a song called "Pete" on her upcoming album, Sweetener.

The pop star quickly responded to the comments.

"He's my fiancé," Grande wrote, reminding fans of the significance of the name. "This is my album. I'm an honest & emotional artist & human being and if my openness in my work isn't for u, that's ok I won't be offended."

In another comment, she shared: "It's a special song about the most special human being I've eva met. Also the song is sick." 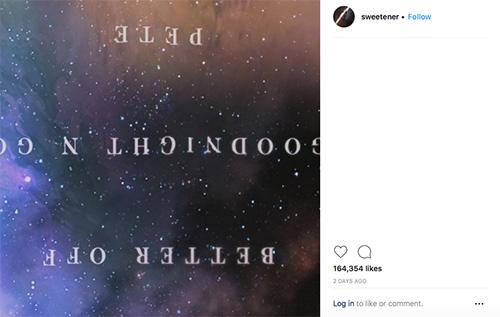