Billie Eilish won the big awards, including Song of the Year and Album of the Year, at the 62nd Grammy Awards on Sunday.

Music’s biggest night, though, was an emotional one as stars gathered in the Staples Center, where Kobe Bryant spent most of his career, only hours after the NBA star and his daughter Gianna died in a helicopter crash.

Show opener Lizzo dedicated her performance to Bryant and the basketball star's jersey showed up in sets by Aerosmith and Run DMC and Lil Nas X. He was also mentioned in the all-star tribute to Nipsey Hussle.

Fittingly, viewers were reminded of the love between a daughter and father when Camila Cabello performed “First Man” for her father Alejandro, who looked on in tears.

Tears also streamed down the cheeks of Demi Lovato – and many who watched her make a return to the Grammys stage. Lovato belted out "Anyone," an emotional ballad reportedly written only days before her 2018 near-fatal drug overdose. 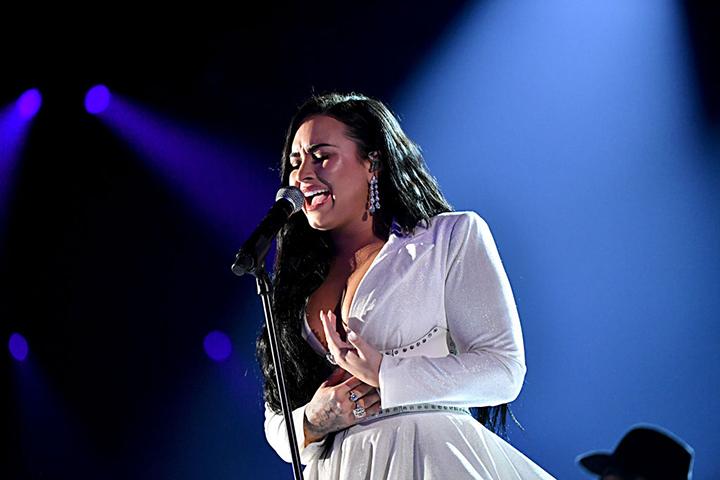 Many other performers seemed off their game. Ariana Grande fumbled one of three songs in her set, Lil Nas X struggled to ditch a prop trumpet, Usher fought to hit the notes in Prince’s songs and Aerosmith’s collaboration with Run DMC suffered from a poor sound mix.

Fans also noticed Nick Jonas had something in his teeth during the Jonas Brothers’ performance. “At least you all know I eat my greens,” he tweeted later.

There seemed to be a lot of filler during the nearly four-hour live show, notably the announcement of the award for Best Comedy Album (to Dave Chappelle, who didn't even accept on air). 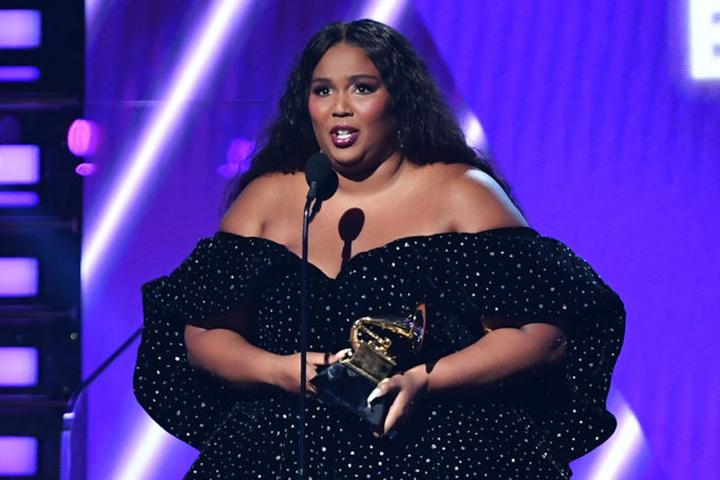 “This is unexpected, really cool,” she said.

But, Lizzo lost in other categories to Eilish.

"Bad Guy" was named Song of the Year and Record of the Year and Eilish's When We All Fall Asleep, Where Do We Go? won Album of the Year. "I never thought that this would ever happen in my whole life," Eilish said while accepting the former. "I genuinely want to say I’m so grateful and I’m so honoured to be here amongst all of you."

Eilish was also named Best New Artist. "The fans deserve everything. They are the only reason any of us are here at all," she said. "You guys make this worth it."

The 17-year-old singer had already earned Best Pop Vocal Album for When We All Fall Asleep, Where Do We Go?, which also won the award for Best Engineered Album, Non-Classical. Eilish's brother and collaborator Finneas was named Producer of the Year, Non-Classical. "This award belongs to my sister for her trust, for her vision," he said at the pre-show.

Tracy Young, the first female nominee in the 23-year history of the Remix Recording (Non-Classical) category, made history again as the first female winner. “In a male dominated industry, I proudly accept this for all female producers who have been overlooked,” said Young, who won for Madonna’s “I Rise (Tracy Young’s Pride Intro Radio Remix).”

“After almost 50 years in this business … this is the first win,” said the 61-year-old singer, who has collected 14 nominations during her career. “I can’t believe it.”

Gloria Gaynor, whose “I Will Survive” won the first and only Grammy for Best Disco Recording in 1980, won the Roots Gospel Album award for Testimony.

“I am at last able to balance out my piano,” the 70-year-old joked. 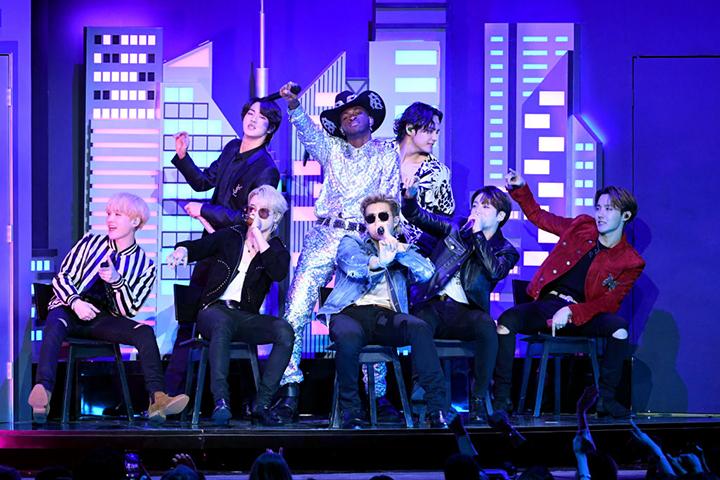 Other multiple winners in the pre-show included The Chemical Brothers for Best Dance Recording (“Got To Keep On”) and Dance/Eletronica Album (No Geography) and Anderson .Paak for R&B Performance (“Come Home” ft. André 3000) and R&B Album (Ventura).

“Gold Roses” by Rick Ross ft. Drake (who shared a nomination as one of the track’s songwriters) lost Best Rap Song to “A Lot” by 21 Savage ft. J. Cole and "No Guidance" by Chris Brown ft. Drake lost Best R&B Song.

Dan Brodbeck of London, Ont. lost his chance to share the Best Rock Album award when In The End by The Cranberries was passed over for Social Cues by Cage The Elephant.

Alberta’s Northern Cree came up empty for the ninth time. The group, which was nominated for When It’s Cold - Cree Round Dance Songs, lost Best Regional Roots Album.

One Canadian who did take the stage during the pre-show was Colin Linden, who co-produced the Best Americana Album winner, Oklahoma by Keb' Mo'.