Taylor Swift Has A Big Night At American Music Awards

Taylor Swift beat Michael Jackson on Sunday night to become the artist with the most American Music Awards (AMAs).

The singer won four competitive categories and was honoured as Artist of the Decade, bringing her tally to 28. Jackson had 24.

Swift was voted the winner of two of the night’s biggest awards – Artist of the Year and Favourite Pop/Rock Album (for Lover) – and also won Favourite Artist - Adult Contemporary and Favourite Music Video (for "You Need To Calm Down").

Without specifically mentioning her public beef with her former label and its new owner Scott "Scooter" Braun, Swift admitted 2019 “has been a lot of good” [and] “it’s been a lot of complicated.”

Legendary singer-songwriter Carole King, who honoured Swift as Artist of the Decade, said: “The past decade has been incredible for this brilliant artist, and the best is yet to come.”

King noted that Swift “is one of the only modern pop artists whose name appears as the sole songwriter in her song credits.”

She added: “Her lyrics resonate across the generations, her songs touch everyone and her impact around the world is extraordinary.”

Swift dazzled with a medley of hits that included "Shake It Off" with Halsey and Camila Cabello and ended with the title track of her new album Lover.

"That performance was even more fun than I hoped it would be," Swift said, as her parents looked on proudly. "The fact that this is an award that celebrates a decade of hard work and of art and of fun and memories... all that matters to me is the memories that I have had with you guys, you the fans over the years.

"Thank you for being the reason why I am on this stage. I love you with all of my heart. I'm so lucky to get to do this." 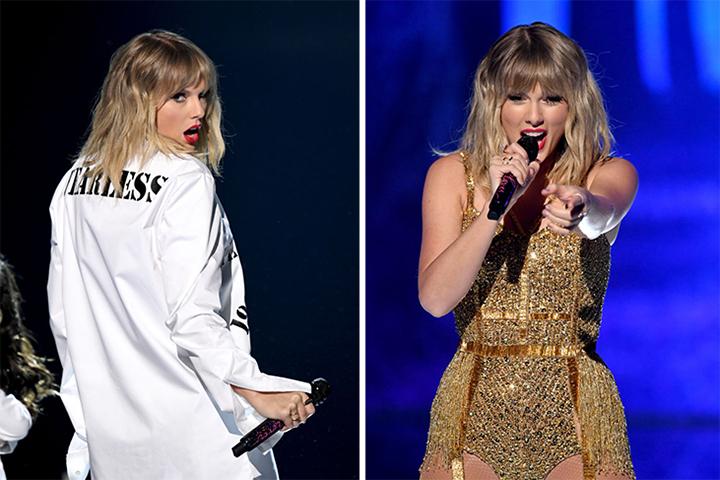 Billie Eilish won her first ever AMA early in the show, picking up the trophy for Favourite Artist - Alternative Rock. “To even be mentioned in this category is insane to me,” said the 17-year-old, who beat Imagine Dragons and Panic! At The Disco. “I cannot believe this.”

Eilish was back at the mic about an hour later to accept the AMA for New Artist of the Year. 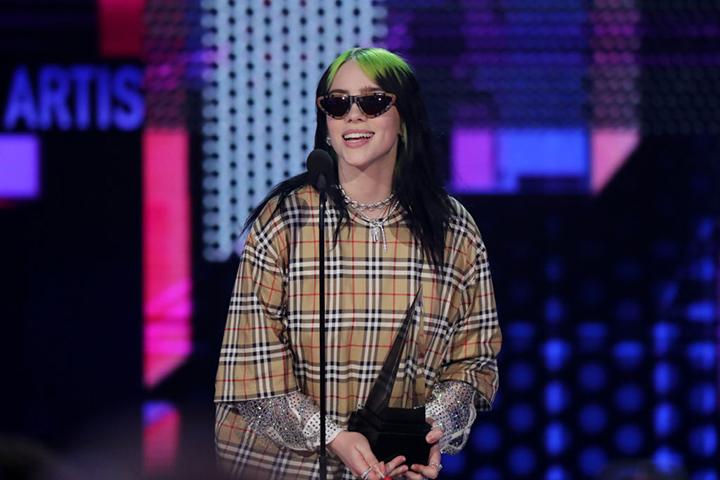 Shawn Mendes and Camila Cabello won Collaboration of the Year for “Señorita.”

“Shout out to Shawn’s mom Karen who’s watching in Toronto,” Cabello said, after thanking fans for their support of the song. Mendes added: “This is amazing.”

BTS was named Favourite Duo or Group - Pop/Rock and won Tour of the Year and Favourite Social Artist.

Post Malone's Hollywood's Bleeding beat out albums by Meek Mill and Travis Scott to win Favourite Album - Rap/Hip-Hop. "Honestly, words cannot express how grateful and thankful I am for everything that y’all have shown me," he said. Malone won two AMAs last year. 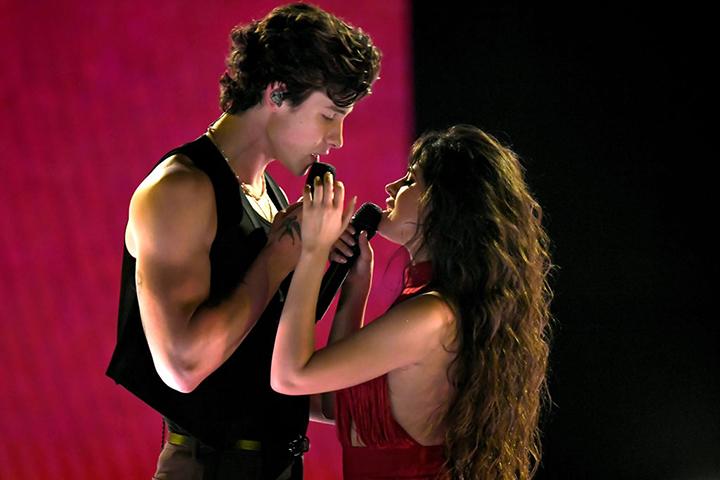 As important as the awards are, the AMAs are all about the live performances. The show got off to a bit of a slow start with Selena Gomez struggling vocally on “Lose You To Love Me” and then barely doing the choreography to “Look at Her Now.”

Lizzo was alone on stage to give an emotionally raw performance of “Jerome” that was aptly followed by Thomas Rhett doing “Look What God Gave Her.”

Shawn Mendes and Camila Cabello heated things up with their hit “Señorita” but didn’t reward the audience with an on-stage smooch. Cabello returned for a lacy, racy performance of her new single "Living Proof."

Kesha brought the energy to the AMAs with the rousing “Raise Hell” featuring Big Freedia, followed by her 2009 breakthrough “TiK ToK.”

Seven-time AMA winner, 52-year-old Toni Braxton, showed the young ones how it’s done by belting out a classy version of her 1996 signature hit “Unbreak My Heart.”

Billie Eilish gave a fiery performance of "All the Good Girls Go to Hell" and later returned to the stage to introduce Green Day, who rocked the AMAs crowd.

Halsey's performance of "Graveyard" featured interpretive dancing with a doppelgänger – and a lot of paint. A Great Big World and Christina Aguilera delivered their new single "Fall On Me" – six years after they performed "Say Something" on the AMAs.

The Jonas Brothers paused their concert at Boston's TD Garden to perform "Only Human" live on the AMAs. The band of brothers head north for concerts in Toronto on Tuesday and in Montreal on Wednesday.

Post Malone was the night’s only artist to spit on stage and repeatedly grab his crotch. He warmed up with a rendition of his hit “Circles” before joining Ozzy Osbourne, Travis Scott and Watt for the intense “Take What You Want.”

Shania Twain closed the AMAs with an acoustic mashup of songs by other nominated artists, including Drake's "God's Plan," before launching into a medley of some of her big hits.

In addition to Twain and Mendes, Canada was represented at the AMAs presenters Dan Levy and Cobie Smulders. Drake, who lost in all three categories he was in, did not attend.

Winners of AMAs are determined by fan votes from nominations that are based on “streaming, album and digital song sales, radio airplay, social activity and touring” between Sept. 28, 2018 and Sept. 26, 2019.

Check out the nominees and winners below:

Artist of the Year

“Without Me” - Halsey - WINNER

“High Hopes” - Panic! At The Disco

Collaboration of the Year

When We All Fall Asleep, Where Do We Go? - Billie Eilish

thank u, next - Ariana Grande

“You Need to Calm Down” - Taylor Swift - WINNER

Tour of the Year

A Star Is Born

Spider-Man: Into the Spider-Verse

Panic! at the Disco