Britney Spears Begs To End Conservatorship: 'I Cry Every Day'

Britney Spears asked a judge on Wednesday to end the conservatorship she’s been under since 2008, telling a judge her father Jamie Spears should be behind bars.

“I’ve lied and told the whole world ‘I’m OK and I’m happy.’ It’s a lie," the 39-year-old pop star told Los Angeles Superior Court Judge Brenda Penny, via telephone. "I’ve been in denial. I’ve been in shock. I am traumatized. You know, fake it till you make it. But now I’m telling you the truth, OK? I’m not happy. I can’t sleep. I’m so angry it’s insane. And I’m depressed. I cry every day."

Spears fumed: “My dad and anyone involved in this conservatorship and my management who played a huge role in punishing me when I said no — ma’am, they should be in jail."

Spears said she wants the conservatorship to end with no medical evaluation; she wants to be able to hire her own lawyer; she wants to immediately stop attending therapy; and she wants permission to do an interview or press conference to tell her story.

“I want changes, and I want changes going forward,” Spears told the judge. “I deserve changes ... I just want my life back. And it’s been 13 years. And it’s enough."

Judge Penny later noted that no petition to end the conservatorship has been filed with the court. Spears' court-apppointed lawyer Samuel Ingham III said he would do so if his client asks.

In one particularly heartbreaking revelation, the mother-of-two said she was not allowed to have more children. "I want to be able to get married and have a baby. I was told right now in the conservatorship, I’m not able to get married or have a baby," said Spears. "I have an [IUD] inside of myself right now so I don’t get pregnant. I wanted to take the [IUD] out so I could start trying to have another baby. But this so-called team won’t let me go to the doctor to take it out because they don’t want me to have children – any more children."

Spears alleged she was forced to go on tour and do a Vegas residency against her wishes.

"I deserve to have a life. I’ve worked my whole life. I deserve to have a two to three year break and just, you know, do what I want to do," she said. "But I do feel like there is a crutch here. And I feel open and I’m okay to talk to you today about it. But I wish I could stay with you on the phone forever, because when I get off the phone with you, all of a sudden all I hear all these no’s — no, no, no. And then all of a sudden I get I feel ganged up on and I feel bullied and I feel left out and alone. And I’m tired of feeling alone.

"I deserve to have the same rights as anybody does, by having a child, a family, any of those things, and more so."

It was the first time Spears has addressed the court since a closed hearing more than two years ago. Spears hasn't released a studio album since 2016's Glory and hasn't performed since her Piece of Me Tour ended in October 2018.

With dozens of fans and “#FreeBritney” demonstrators gathered outside the Stanley Mosk Courthouse in Los Angeles, the 39-year-old pop star appeared by phone. The hearing, scheduled to begin at 4:30 p.m. ET, was delayed due to technical issues. Judge Penny finally called on Spears at around 5:10 p.m. ET. The court prohibited recording, broadcasting, streaming and photography – and the judge ordered no live-tweeting.

After warning the court that she had "a lot to say," Spears didn't hold back. On two occasions, Judge Penny asked her to slow down.

Spears has been under a court-ordered conservatorship since suffering a mental health breakdown in 2008.

Conspiracy theories about Spears’ well-being have swirled for years and were fuelled this year by the Framing Britney Spears documentary.

In April, Spears told fans during an Instagram Q&A that she is “totally fine.” The singer said: “I’m extremely happy. I have a beautiful home, beautiful children. I’m taking a break right now because I’m enjoying myself.”

Earlier this month, Spears responded to fans who asked if she will ever perform again. “I have no idea,” she said, on Instagram. “I’m having fun right now. I’m in a transition in my life and I’m enjoying myself.”

There was an early sign Wednesday that Spears was going to ask for an end to the conservatorship. Hours before the hearing, Spears' boyfriend Sam Asghari shared a photo in an Instagram Story showing him wearing a "Free Britney" T-shirt. 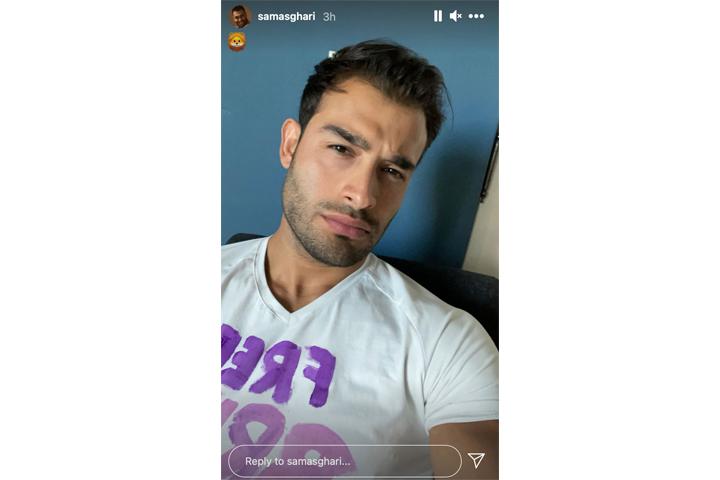 Earlier this year, Asghari made a statement on social media in the wake of the Framing Britney Spears documentary. “Now it’s important for people to understand that I have zero respect for someone trying to control our relationship and constantly throwing obstacles our way,” he wrote. “In my opinion Jamie is a total d**k. I won’t be going into details because I’ve always respected our privacy but at the same time I didn’t come to this country to not be able to express my opinion and freedom.”

After Spears spoke on Wednesday, Judge Penny told her she is "sensitive to everything that you said and how you’re feeling" and commended Spears for speaking up. "I know that it took a lot of courage for you to say everything you have to say today."

Vivian Thoreen, a lawyer for Jamie Spears, said in a statement that he is "sorry to see his daughter suffering and in so much pain. Mr. Spears loves his daughter and misses her very much."