Britney Spears shared the news Sunday that she is engaged as only she could – with an expletive and an Instagram post just as the MTV VMAs red carpet show began.

"I can’t f**king believe it," the 39-year-old pop star wrote, along with six diamond ring emojis, a heart emoji and several exclamation marks.

Her beau Sam Asghari, 27, posted a photo on his Instagram showcasing the sparkler on Spears' finger.

It will be the third marriage for Spears, who tied the knot with childhood friend Jason Alexander in Las Vegas in January 2004 (the marriage was annulled 55 hours later) and was married to Kevin Federline – with whom she has sons Sean and Jayden – from October 2004 to 2007.

In June, when Spears begged to end the conservatorship she has been under since 2008, she said: “I want to be able to get married and have a baby. I was told right now in the conservatorship, I’m not able to get married or have a baby. I have an [IUD] inside of myself right now so I don’t get pregnant. I wanted to take the [IUD] out so I could start trying to have another baby. But this so-called team won’t let me go to the doctor to take it out because they don’t want me to have children – any more children.

“I deserve to have the same rights as anybody does, by having a child, a family, any of those things, and more so.”

Marriage rumours have swirled since Spears flashed a ring on her finger at a Starbucks drive-thru in July. Asghari, confronted by TMZ, joked: "People don’t know but we’ve been married for about five years. You know, we secretly got married in Hawaii."

Then, on Sept. 2, Asghari was snapped by paparazzi inside a Cartier store in Beverly Hills.

On Friday, he posted a photo of a ring inscribed with “Lioness” in an Instagram Story but later claimed his account had been hacked and the pic was a Photoshopped. “Calm down everyone,” he wrote. 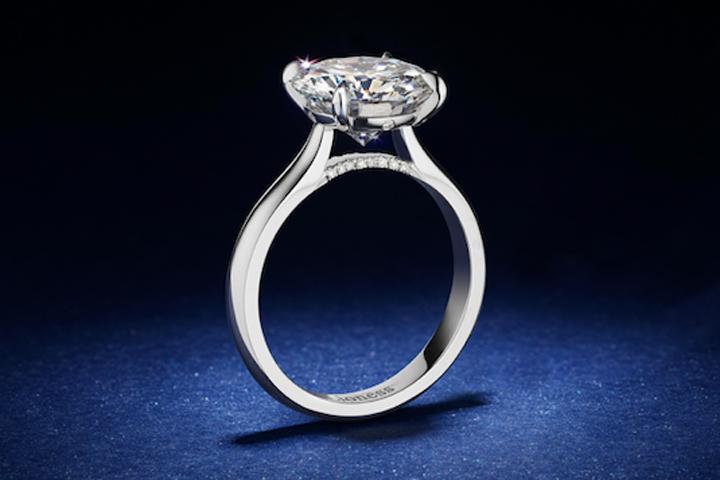 “We couldn’t feel more honoured to create this ring for such a special couple,” reads a message on the company’s website. “Their journey has touched people around the world and we’re so excited to be a part of their Forever.”

The ring has a 4 carat round brilliant stone in a platinum cathedral setting and floating solitaire design “with pavé detailing on the bridge and flush set diamonds on the prongs and basket.” Asghari’s nickname for Spears, Lioness, was engraved inside the band.

Asghari is a personal trainer, model and actor who was born in Iran and immigrated to the U.S. when he was 12. He and Spears have dated since they met on the set of her “Slumber Party” video in 2016.

“She motivates me more than anyone,” he told Men’s Health in 2018. “It’s crazy how I can be humbled by a person like her. If I could be that humble when I'm that high in life, that would be the best thing.

“I grew up with three sisters, and my personality is just to be a supportive person for my family and she's family. I'm always going to support her. She is another blessing that happened to me.”