Written by Carole Pope and Kevan Staples, and released in 1980, the song was groundbreaking for being unapologetically about teenaged lesbian lust.

“We’re surprised it was as successful as it was,” Pope, 74, told iHeartRadio’s Jason Rockman.

CSHF executive director Vanessa Thomas said, in a release, the song “was groundbreaking in so many ways – empowering a generation to express love and sexual desire, no matter what orientation – and turning the tables for women to sing about sex, in a way that only men were allowed to at the time.”

Following its virtual induction during CTV’s Your Morning, “High School Confidential” will be added to the CSHF’s permanent exhibition at the National Music Centre in Calgary.

“It is really nice,” said Pope. “We’re both really honoured. It’s such an iconic song [and]  it kind of launched Rough Trade’s career.”

“Then I’m like, ‘Well, I’m going to sing it.’ So that’s how it happened. It’s totally crazy and I’m so glad that they rejected it.”

Pope said the song was inspired by her own high school experience of “seeing cool chicks sashay down the hallway.”

Born in England, Pope moved to Montreal with her parents when she was a child. The family eventually settled in the Toronto suburb of Scarborough, where Pope attended high school with colourful characters like Russell Eadie, who went on to become famed female impersonator Craig Russell.

“I went to a lot of high schools but that was the most insane high school,” recalled Pope. “I loved high school.” 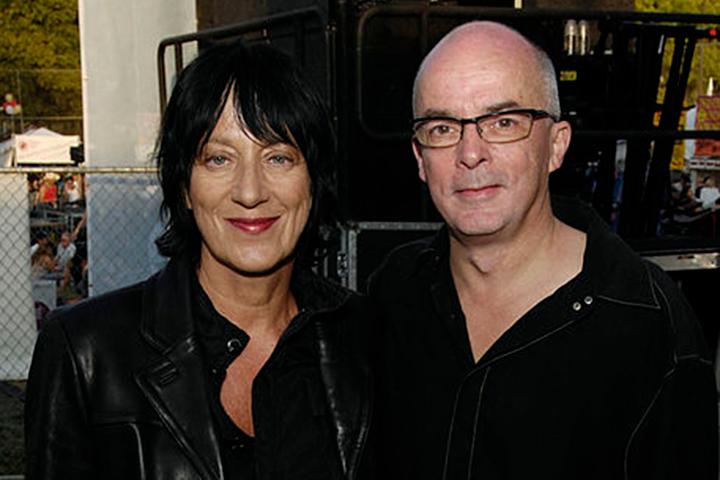 “High School Confidential” was a Top 20 hit in Canada despite lyrics that made some radio programmers blush. The song is about “a cool, blonde, scheming b**ch” who is the object of desire of another student and although lyrically it could have been interpreted as being from the perspective of a lustful male, it was Pope (who is openly gay) singing.

“Walking down the corridor / You can hear her stilettos click / I want her so much I feel sick,” she sang. “It makes me cream my jeans when she comes my way.”

Pope said “a lot of people have told me that that song helped them come out, so that’s a wonderful thing” but for others the impact of the song was not as personal. “Some people didn’t get that part at all – it was just an anthemic high school song.”

Pope said Rough Trade always tried to be political, to make "music that makes you think and dance at the same time.”

She remembered how the success of “High School Confidential” propelled the band to fame. “It was fantastic. It was the ‘80s. It was just very exciting,” said Pope.

She recalled a Rough Trade show at New York City’s famed Danceteria, with R.E.M. as opening act. “Madonna was there and saw me grab my crotch,” she said, “and stole that idea from me. We think, anyway.”

Rough Trade called it quits in 1988 and although there have been several reunions, Pope – who underwent spinal stenosis surgery in 2018 – said she is focused on her solo career. She also co-wrote a musical that includes a lot of the band’s songs.

Earlier this summer, Pope and Staples "cam-jammed" the track with the Barenaked Ladies.