Céline Dion Remembers Husband On Anniversary Of His Death

Céline Dion paid tribute Tuesday to her late husband René Angélil to mark the fourth anniversary of his death.

“There is not a day that goes by without me thinking about your beautiful smile,” she shared on Instagram, along with a photo of Angélil holding a dog. “We miss you, thank you for watching over us my love. I love you. Céline xx…”

Il n’y a pas une journée où je ne pense pas à ton magnifique sourire. Tu nous manques, merci de veiller sur nous mon amour. Je t’aime, Céline xx... . There is not a day that goes by without me thinking about your beautiful smile. We miss you, thank you for watching over us my love. I love you. Céline xx…

Dion was a child when she was introduced to Angélil, a former member of pop-rock group Les Baronets who went on to manage Quebec artists like René Simard and Ginette Reno. He steered Dion’s career from 1981 until 2014.

Dion and Angélil were married in 1994, when she was 26 and he was 52, and had three sons together. (Angélil had three children from previous marriages.)

In 2014, Dion announced she was putting her career on hold to care for Angélil following surgery to remove a tumour from his throat.

“I want to devote every ounce of my strength and energy to my husband's healing, and to do so, it's important for me to dedicate this time to him and to our children,” she said, in a statement at the time.

In 2018, Dion opened up about Angélil’s suffering. “For three years my husband did not have a sip of water or food. He was eating through a tube,” the singer told Australia’s The Project.

His death, she recalled, was peaceful. “It's so quick, he didn't even feel anything,” she said of the heart attack. “I thought that he was like liberated from his pain.” 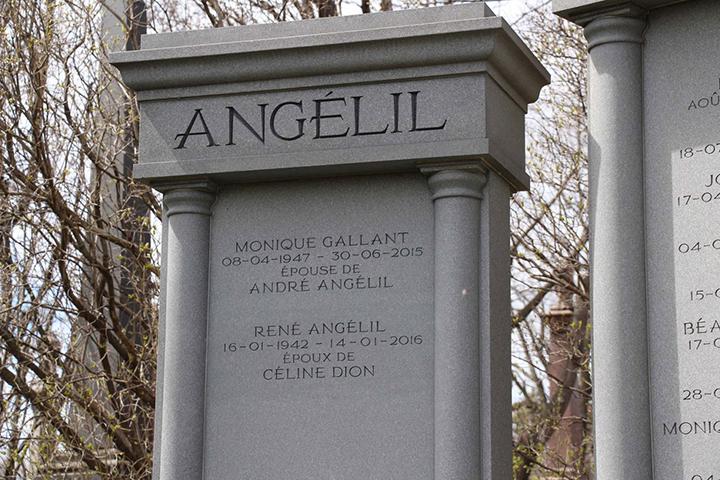 In a 2016 interview, Dion said the final months of Angélil’s life were difficult.

Angélil's funeral was held at Montreal’s Notre-Dame Basilica on Jan. 22, 2016.