"Maman, we love you so much," Céline tweeted with a family photo. "We dedicate tonight’s show to you and I’ll sing to you with all my heart. Love, Céline xx…" She performs in Miami on Friday and Saturday.

Thérèse was one of nine children born to Achille Tanguay and Antoinette Sergerie in the Gaspésie region of Quebec. She took an early interest in music and was regarded as a gifted violinist.

She raised Céline and 13 other children in Charlemagne, northeast of Montreal, with her husband Adhémar, who died in 2003. Thérèse co-wrote “Ce n'était qu'un rêve” and sent a recording of Céline singing it to Montreal music manager René Angélil, who signed on as Céline's manager. Thérèse moved with her daughter to Montreal and accompanied her around the world until Céline turned 18.

In 2006, she started the Maman Dion Foundation in support of disadvantaged children. 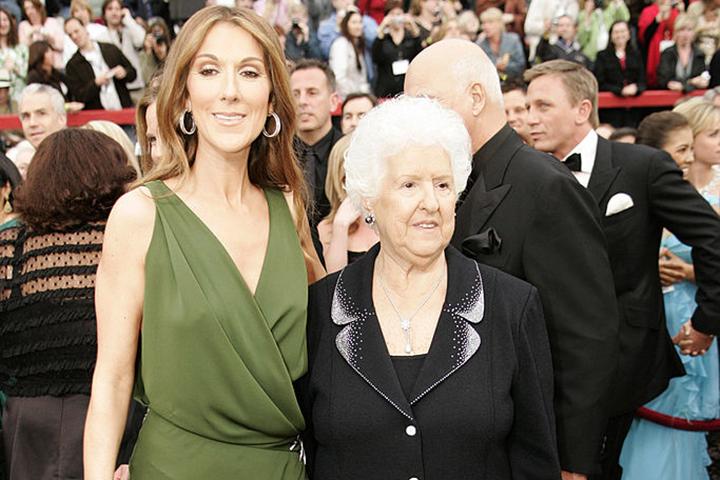 Céline Dion and her mother in 2007. Timothy A. Clary / AFP/Getty Images

This article has been updated since it was published.