Céline Dion has released “Courage,” the title track from her forthcoming album – and the name of the 53-city tour she kicks off Wednesday night in her home province.

“It’s not only a song, it’s an emotion, it’s a language,” the 51-year-old superstar told iHeartRadio’s Patrick Langlois.

“Everybody’s losing people and everybody’s going through sickness … and things they can’t even figure out, and it can be overwhelming. You have to find within yourself courage among your family, your friends and you first, I believe.”

Dion said “Courage” represents the choices people face in difficult times. “Are you going to go through it with positivity and be open and keep going and find strength,” she said, “or are you just going to let go and stop everything and find weakness and more tears and can’t see the light?”

"Courage" was written by Canada's Stephan Moccio as well as Erik Alcock and Liz Rodrigues.

The title track of Dion’s 12th English studio album opens with a lyric – “I’d be lying I said I was fine” – that clearly resonated with the singer and mother of three. In 2016, her longtime husband and manager René Angélil died after a battle with cancer. 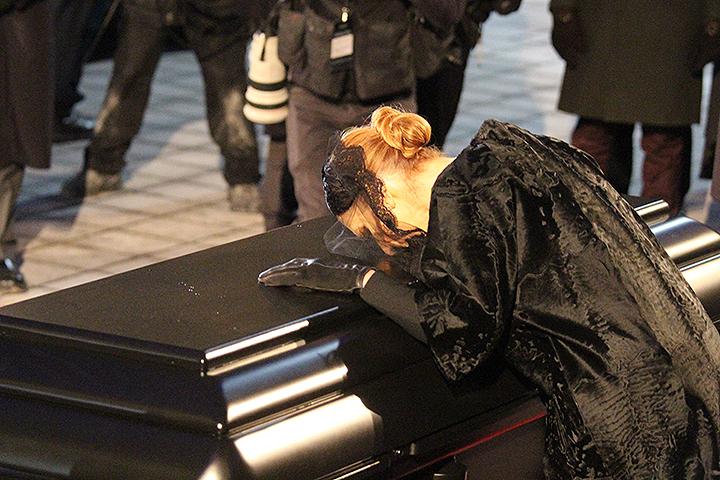 Céline Dion at her husband's funeral in Montreal in 2016. John R. Kennedy / iHeartRadio.ca

MORE: Céline Dion Pleads With Drake Not To Get Tattoo Of Her Face

Dion also shared “Imperfections" and “Lying Down” from the new album – the latter co-written by Sia.

Dion has three concerts in Quebec City followed by six nights in Montreal and a pair of shows in Ottawa. She is scheduled to play Toronto on Dec. 9 and 10 and will be in Vancouver, Edmonton, Saskatoon and Winnipeg next April.

Courage will be released on Nov. 15.

Watch Céline Dion in conversation with Patrick Langlois below: