Longtime friends Cher and Meryl Streep reunited at the premiere of Mamma Mia 2: Here We Go Again in London on Monday, and celebrated with a kiss while walking the red carpet.

Cher and Streep, who worked together on the 1983 classic Silkwood, both star in the Mamma Mia sequel, where the “Believe” singer plays Streep’s mother.

“I was thrilled to death, and it was so silly. It was great fun, and I love her [Meryl], so it was perfect,” Cher, 72, told People. “It was great, and she was hiding watching me sing, and I was so excited. I didn’t find out until afterwards—I would have been more nervous.”

See the moment below: 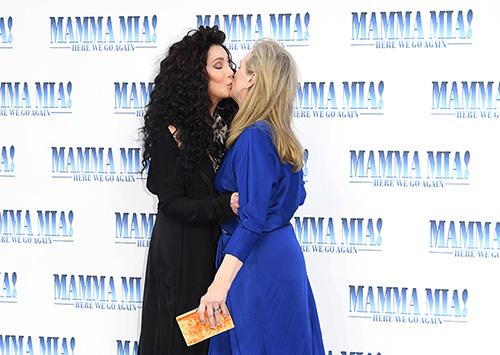