A Quebec coroner has ruled that Rick Genest, the heavily tattooed Canadian model and artist known as Zombie Boy, likely did not commit suicide.

“This is an accidental death,” Mélissa Gagnon wrote, in French, in a report that was made public Monday morning. She said Genest “died of head trauma following a multi-storey fall.”

Gagnon said Genest was found unconscious and bleeding on the ground about eight metres below a third-floor apartment in Montreal at around 5:15 p.m. on Aug. 1, 2018. He was rushed to Hôpital Notre-Dame, where he was pronounced dead at 5:49 p.m.

iHeartRadio.ca first reported his death shortly after 6:30 p.m. and was one of the media outlets who initially cited a police source as saying Genest had taken his own life.

Lady Gaga, who put Genest in her “Born This Way” video, tweeted about “the suicide of friend Rick Genest” but later deleted the tweet and apologized to his family and friends. “There was no witnesses or evidence to support any conclusion for the cause of his death,” she wrote.

“Several elements … could support the hypothesis of suicide,” Gagnon wrote in her report. "The medical records in our possession indicate that Mr. Genest had, in fact, already consulted for mental health issues. Some relatives also reported that he heard voices occasionally and that he sometimes imagined things especially when he was consuming [alcohol].”

Toxicology tests found that Genest’s blood alcohol level was 234 mg/ dL (the legal limit for driving is 80 mg / dL) and he had cannabis in his system. No other drugs were detected.

Gagnon said video surveillance footage from inside the building showed Genest stepping out on the balcony to have a smoke and he “did not appear to be in a state of psychosis or delirium.”

The report noted that “sad, melancholy” writings were found in his home and on his phone and Facebook page as well as items "associated with the theme of death” – which investigators chalked up to his “Zombie Boy” persona. 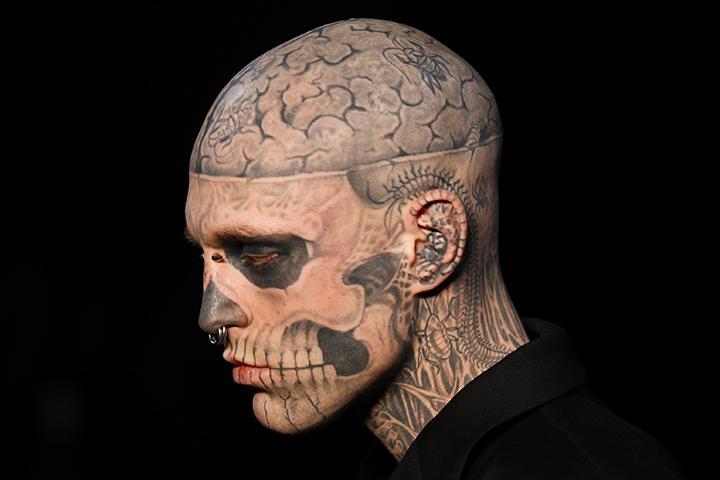 Gagnon said Genest had recently become engaged and had projects lined up.

“After analysis, since the investigation does not reveal a clear and unequivocal intention to put an end to his life, I can not say that it is a suicide,” she wrote.

The coroner’s report backs up what those close to Genest said in the days following his death. His manager Karim Leduc speculated that Genest fell backwards off a railing while smoking.

Genest’s mother told iHeartRadio.ca in an exclusive interview a few days after Genest's death that the family believed it was a terrible accident.

“We know his mind at the time and all the different things that were coming up in his career,” Catheryne Chappelle said. “And just texting him the day before and everything…”

Chappelle, who could not be reached on Monday, said the family was anxious for answers. “It takes time. We’re patient,” she said. “And it’s not going to change anything, right, when you’ve lost your child? That doesn’t change anything."

Chappelle said she understood there is global curiosity about Genest, but when asked if there is anything she wanted the world to know about him, she replied: “I think everybody who met him knows how he was so unless you personally knew him, I don’t think it makes a difference.

"Rick was who he was and everybody loved him."