Naomi Judd, one-half of country duo The Judds, died Saturday near Nashville at 76.

A cause of death was not immediately disclosed but, in a statement, her daughters Wynonna Judd and Ashley Judd said they "lost our beautiful mother to the disease of mental illness."

The statement added: “We are shattered. We are navigating profound grief and know that as we loved her, she was loved by her public. We are in unknown territory.”

"She is irreplaceable — a country music legend will never be forgotten." - Ty Herndon

The Judds, who returned to the stage with an appearance at the CMT Awards on April 11, were scheduled to be inducted into the Country Music Hall of Fame on Sunday. Earlier this month they announced plans for a final tour that was set to begin on Sept. 30. (No Canadian shows were scheduled.)

At the time, Naomi said in a statement: “The fans have always been my family of choice. I love them dearly, so I’m chompin’ at the bit to belt out our hits and reconnect with them once again. The cherry on top is singing with my beloved, wild and extremely talented daughter … the best singer of any genre, Wynonna!

“She asked me if I was still going to twist, twirl and crack jokes. I answered, 'Heck yeah! I’m too old to grow up now!’” 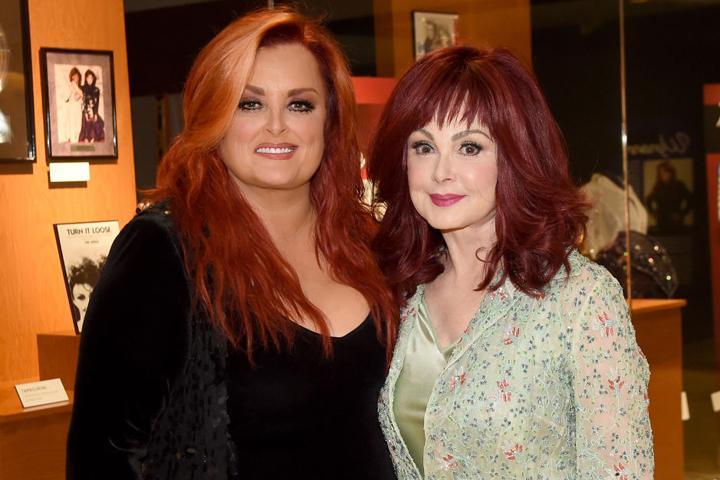 In 2016, Naomi opened up about her lifelong battle with mental illness. “What I’ve been through is extreme,” the singer told Good Morning America. “My final diagnosis was severe depression.”

Judd, who wrote about her struggles in River of Time: My Descent into Depression and How I Emerged with Hope, added: “[Fans] see me in rhinestones, you know, with glitter in my hair. But then I would come home and not leave the house for three weeks, and not get out of my pyjamas, and not practice normal hygiene. It was really bad.”

Born Diana Judd in Kentucky, Naomi left a nursing job in Nashville to perform with Wynonna. The pair went on to release six studio albums between 1984 and 1991, collecting nine CMA Awards, seven ACM Awards and five Grammys for hits like “Give a Little Love” and “Why Not Me.”

Other singles from The Judds include “Love Can Build a Bridge,” “Why Not Me” and “Girls Night Out.”

Condolences and tributes are flooding social media, including from stars like Maren Morris, Mickey Guyton, The Oak Ridge Boys, Bobby Bones and Kristin Chenoweth. Travis Tritt, who called her death "heartbreaking," tweeted: "Naomi Judd was one of the sweetest people I’ve ever known. I had the honor of working with her in movies and numerous musical events."

John Rich shared: "I had the great honor of knowing her, and she was no doubt one of the most iconic entertainers ever to make country music. Thinking of my good friend @Wynonna right now, this is a very tough day for her and the family."

Cody Alan shared: "She was a talented lady, and one of a kind, making The Judds iconic in every sense of the word."

Naomi is survived by her husband of 32 years, singer Larry Strickland, as well as daughters Wynonna Judd (her partner in The Judds) and actress Ashley Judd.

If you or someone you know is struggling with mental health, click here to get help.

Listen to music from The Judds