Foo Fighters frontman Dave Grohl exercised his duty as an American on Tuesday while donning a little piece of Canadiana.

The 51-year-old rocker posted a photo on Facebook showing off the “I Voted” sticker he got for casting a ballot in the U.S. elections. It’s stuck on a T-shirt emblazoned with “The World Famous El Mocambo.”

The El Mocambo is an iconic music venue in Toronto that opened in the late 1940s and went on to host a long list of acts including The Rolling Stones, U2, Jimi Hendrix and The Ramones. It underwent a major restoration after being purchased by financier Michael Wekerle in 2014. 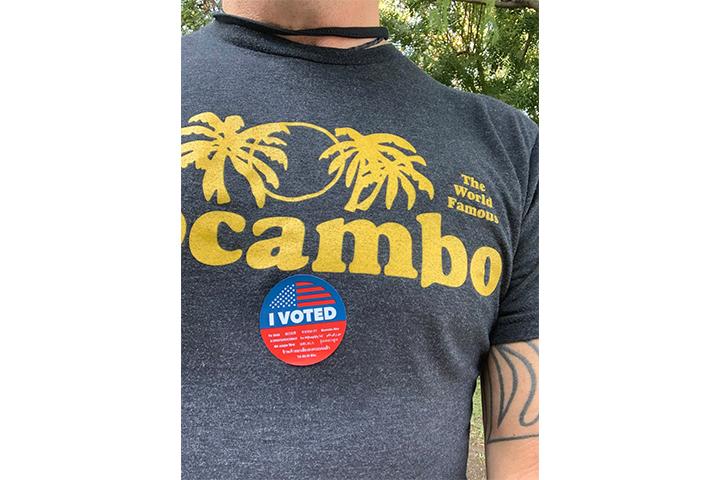 Earlier this year, rumours swirled that the Foo Fighters would perform at the grand reopening of the ElMo – speculation that was fuelled by the band’s 25th anniversary Van Tour schedule that included a May 20th show in nearby Hamilton. (The tour was scrapped due to the pandemic.)

The Foo Fighters have played several different venues in Toronto since 1995 but it’s not clear if the band ever played the ElMo. (Last year, Grohl showed up with Rush's Geddy Lee to an event in nearby Richmond Hill.)

Grohl also sported an “El Mocambo Since 1948” T-shirt during an appearance on a podcast recorded at the Sundance Film Festival in January.

The T-shirts, priced at $30, are available via the El Mocambo website.

Listen to music from Foo Fighters