Ye shared a photo on Instagram showing him standing on the steps of Drake’s mansion with Drake and music executive J Prince. He captioned with nothing but a white dove – a symbol of peace.

Only a few months ago, West posted – and then deleted – an Apple Maps screenshot showing the address of Drake’s Bridle Path estate.

In a wink to that diss, Drake on Tuesday wrote: “You have reached your destination" – along with a red pin emoji – in an Instagram post with a video clip in which he and Ye are hamming it up as Drake’s track “Knife Talk” ft. 21 Savage and Project Pat plays.

In a second clip, comedian Dave Chapelle is seen at the DJ's mic joking about how he and West are in Drake’s home.

West shared several clips of Chapelle via Instagram Stories, including one in which the comic tells partygoers to "make some noise for Kanye and Drake."

The peace treaty appears to have been brokered by J Prince, who posted the same photo that Ye did. “What a beautiful night I had last night in Canada,” he wrote.

Last week, in a video Prince tweeted, West said it was time for he and Drake to end their feud. “Both me and Drake have taken shots at each other and it's time to put it to rest,” he said. 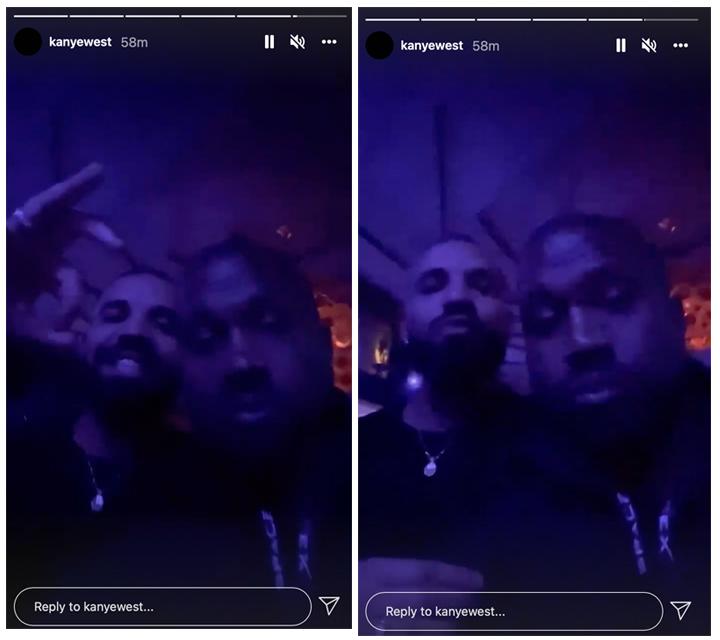