Elton John paid a not-so-surprise visit to his pop up shop in Toronto on Monday with his hometown husband and their sons.

The 72-year-old music icon signed copies of his autobiography Me for 20 lucky fans at the #EltonFarewellTour Toronto Pop Up at 277 Queen St. West. 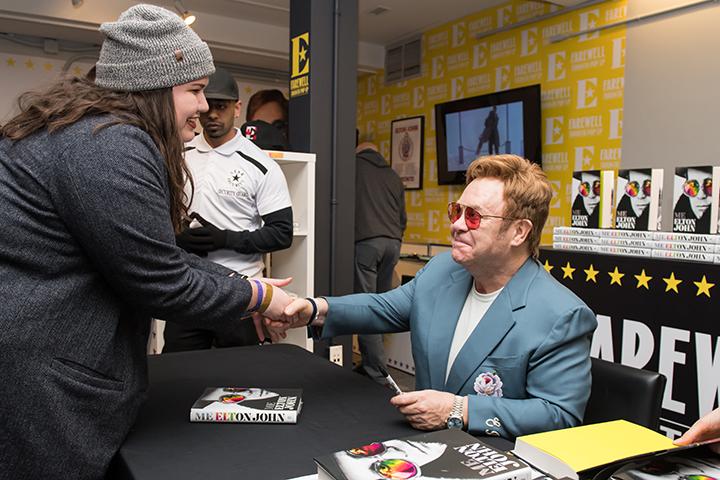 Elton John meets a fan at the Toronto pop up. Ben Gibson

It was a family outing for John, who brought Canadian husband David Furnish and their sons Zachary, 8, and Elijah, 6. All four added their names to a signature wall inside the shop. 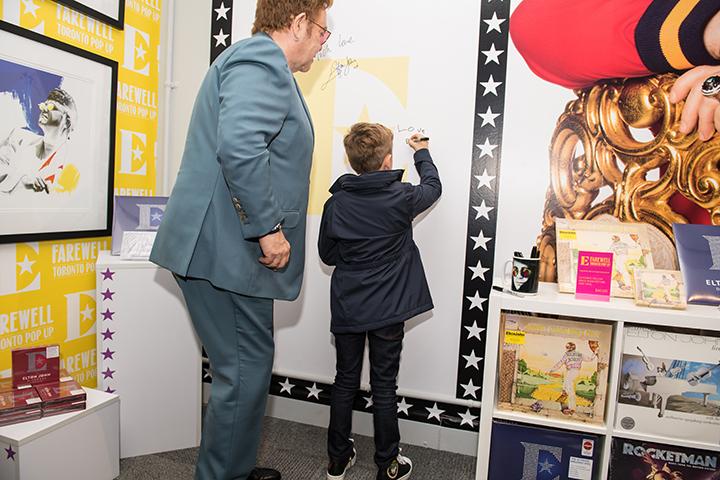 The pop up – a first for John – features merchandise exclusive to Toronto fans. It is open daily from 10am to 8pm until Saturday.

The singer is in Toronto for Farewell Yellow Brick Road Tour concerts at Scotiabank Arena on Wednesday and Thursday. (The latter will be John’s 25th tour concert in the city.)

“Where I am now is the happiest I’ve ever been,” John told eTalk. “It’s been an amazing year and I’m so grateful.

“If it’s taken me 72 years to get to this place, so be it. It’s been a most fantastic journey possible.”