Elton John paid tribute to Queen Elizabeth II during his concert in Toronto on Thursday night.

“She was an inspiring presence to be around,” the singer read from a prompter to the crowd inside the Rogers Centre. “I’ve been around her and she was fantastic. And she led the country through some of our greatest and darkest moments with grace, decency and genuine caring, and warmth.”

As images of the Queen were displayed on video screens, John noted that she served for most of his life.

“I’m 75. She’s been with me all my life and I feel very sad that she won’t be with me anymore but I’m glad she’s at peace and we’re glad she’s at rest and she deserves it. She’s worked bloody hard,” he said.

“She will be missed. But her spirit lives on and we celebrate her life tonight with music.”

John then performed his 1974 classic “Don’t Let The Sun Go Down On Me.”

The statement John read on stage echoed one he shared on social media a little more than an hour following news of the Queen’s death, in which he said he was “deeply saddened” and added: “I will miss her dearly.”

John, who was made a Commander of the Order of the British Empire in 1995, was knighted by Queen Elizabeth in 1998 in recognition of his charitable work. He performed at the Queen’s Golden Jubilee in 2002, the Diamond Jubilee in 2012 and at the Platinum Jubilee earlier this year. 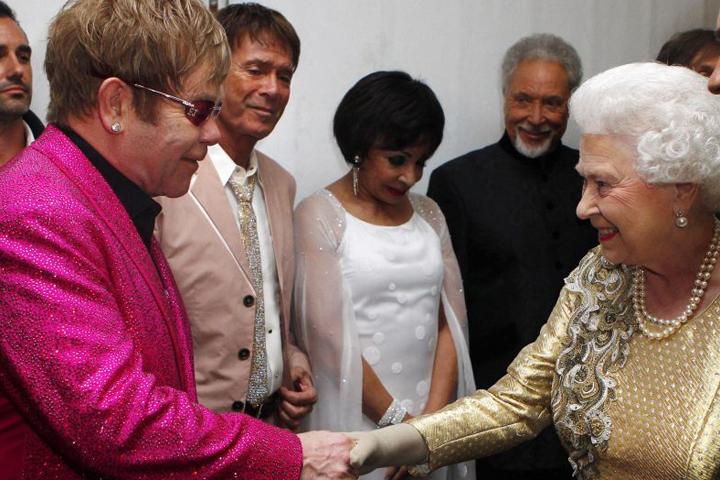