EXCLUSIVE: Holden Nowell Tries To Move Past 'Call Me Maybe'

It has been six years since Holden Nowell became known around the world as the guy in the “Call Me Maybe” video.

With “The sky is the limit” tattooed across his chest and scripture inked on his right ribcage, Nowell, then 22, was the object of Canadian singer Carly Rae Jepsen’s flirtation in her breakthrough video.

Since it debuted in March 2012, “Call Me Maybe” has been viewed more than 1 billion times.

But, in an exclusive interview with iHeartRadio.ca, Nowell – who was named one of the “Men We Love” in a 2012 issue of People – revealed the personal and professional struggles he faced in the years that followed.

“It’s what people began to recognize me as and know me as, and it was only that,” he said. “It was really difficult for me and really frustrating.

“I was always the ‘Call Me Maybe' guy, everywhere I went, and after awhile I got really sick of hearing that."

Nowell said he was ubiquitous in commercials for Jepsen’s album. “It was my face everywhere. It was me pushing the lawnmower. Me fixing the car,” he recalled. “It was literally showing my face more than hers.” 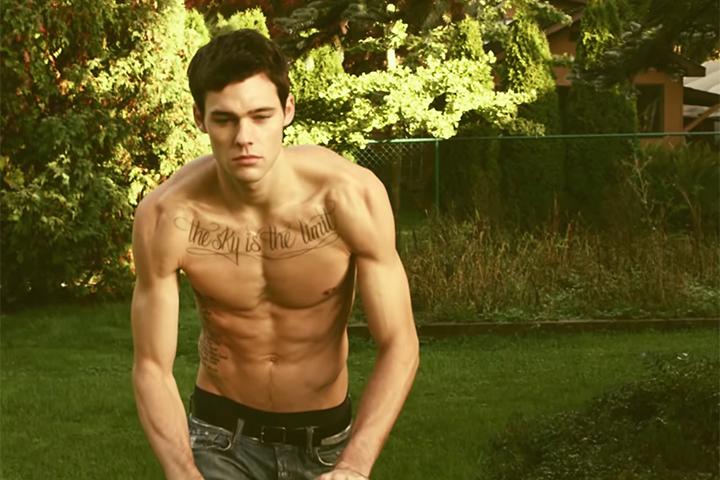 Nowell said he was paid only $500 for the day-long shoot and, despite being told he would also receive royalties, he said he “didn’t get a single penny in royalties.”

He blamed the raw deal he got on his own inexperience at the time and “some really shady stuff” that was allegedly going on at his agency. “I don’t know who ended up making my money, but I never saw a single penny for it.”

Nowell said he hasn’t spoken to Jepsen since the video premiered. “I personally don’t have anything positive to say about Carly Rae,” he said. “She won awards because of that video and she never reached out to me.”

He insisted he’s not entirely bitter. “It is what it is. It was a learning experience,” said Nowell, on the phone from Los Angeles.

“It was a really cool experience to be part of. It was really life-changing.”

Nowell, now 29 and covered with more tattoos, said he still gets recognized occasionally – usually by younger girls and gay guys.

His character catches the eye of Jepsen as he arrives in her backyard to mow the lawn. Less than 20 seconds into the song, he pulls off his T-shirt to reveal his toned and tattooed torso.

Jepsen seductively soaps up a car in the driveway and fantasizes about appearing on the cover of a romance novel with the neighbourhood hottie.

The video’s twist, though, is that Nowell’s character is more interested in Jepsen’s guitar player.

EW praised “Call Me Maybe” for having “one of the great classic twists in the history of music videos.”

But Nowell admitted he was initially put off by the storyline.

“The fact that they had to make me gay at the end of the video… it was all very… I didn’t like being known as the gay guy in the ‘Call Me Maybe’ video. It was just something I wasn’t used to.”

Nowell said the original storyline called for his character to kiss the guy. “I was like, ‘I’m going to be completely honest with you. I’m not going to kiss a guy, especially for $500. I said ‘I really don’t think I’m comfortable kissing a guy for a music video.’”

He claimed to have come up with the ending that was used in the video. “I said, ‘You know what? What if instead of me kissing a guy at the end of the video, what if I just give a guy my number or something like that?’” 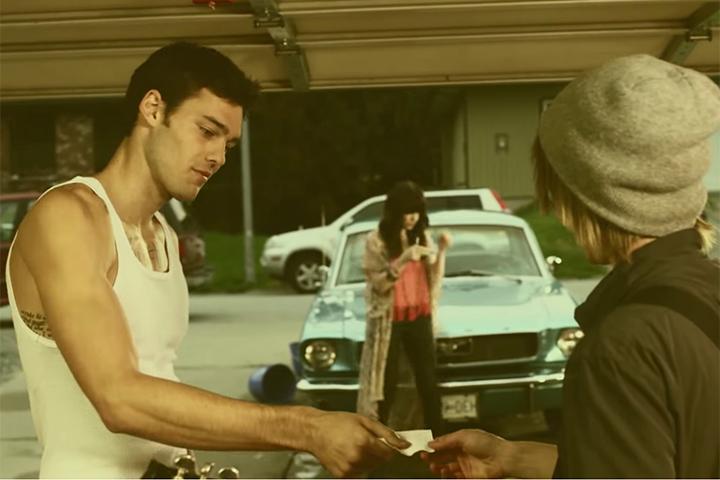 Born in Saskatoon, Nowell moved to Regina with his mother when she separated from his father, whom he described as “a gangster hustler drug dealer alcoholic” who spent time in jail and in treatment for mental health issues.

His mother remarried when Nowell was 10 and they relocated to Calgary. When he was expelled from high school at 17, only weeks before graduation, Nowell took off for California.

He said he played college basketball and baseball but blew out his knee and was forced to return to Canada when he lost his student visa.

His girlfriend at the time suggested he pursue modelling. Nowell was quickly snatched up by Calgary’s Mode Models International and repped by a New York agency that put him up in an apartment in Queens with other male models.

He said despite booking jobs worth thousands, he was broke. “I wasn’t seeing a single penny from jobs that I was getting.”

Nowell also grew increasingly uncomfortable with what he called “predators” in the industry who had certain expectations.

“They pimp you out. You’re basically a Geisha girl,” he recalled.

“‘Gay for pay’ is literally what runs the male modelling industry and I don’t get down like that. I think people should be allowed to love who they want to love, but I love women. There’s no amount of money, no amount of fame that could ever make me… I couldn’t do something that didn’t feel right in my soul.”

So, Nowell stepped away from a promising modelling career and returned to Canada.

He made ends meet any way he could – bartending, cutting hair, landscaping. Nowell said he also followed in the footsteps of his father and started selling drugs.

“I was doing some things that I’m not too proud of. I was selling drugs for about two or three years.”

Nowell said he ended up getting arrested on drug and assault charges (the assault, he said, was “completely self-defence but that’s not the way the court saw it”) and spent time behind bars.

“I thought it was the end of the world but going to jail twice in the same year was the best thing that ever happened to me because it forced me to change my life completely and get out of the game,” he said.

Older, wiser and humbled, Nowell figured modelling wasn’t so bad after all. He signed with a Vancouver agency and started booking jobs again.

That’s when he got the call about auditioning to be in the video for a song called “Call Me Maybe.”

“I wanted nothing to do with it,” he recalled. “It’s not a good look for me. But I was couch surfing. I needed the money.”

Knechtel told EW in 2012 that Nowell was one of 10 guys being considered for the role.

“Carly was at the casting call with me, and one by one, a guy would come in, and we’d meet him, and he would take his shirt off,” recalled Knechtel. “And then Holden came out and took his shirt off and Carly was just like, ‘Uh, yeah. That one.’ He’s just naturally ripped. It’s crazy.”

Nowell said he and Jepsen hit it off. “They had to escort her boyfriend off the set because he was getting so jealous during the kissing scene,” he claimed. “Her boyfriend was not a very happy camper that day and I wasn’t even attracted to Carly like that. I was not even into her like that.

“They had to have people keep escorting him off set because he was making Carly really uncomfortable.” 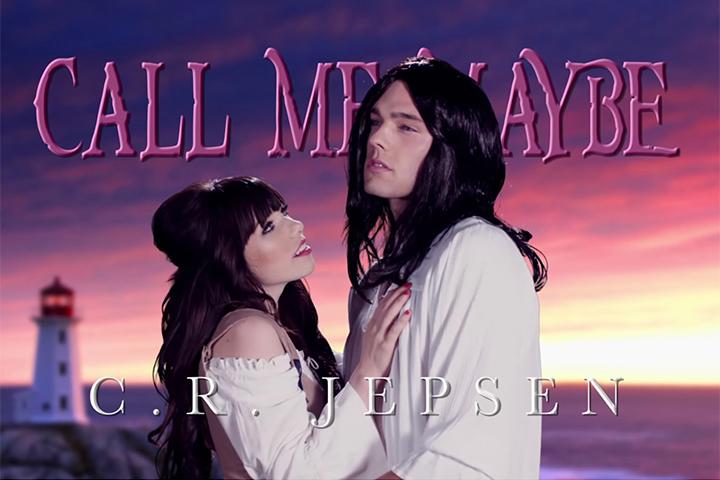 With “Call Me Maybe” behind him, Nowell started focusing on making music of his own. He had been writing songs since he was 12 years old. “Music was my passion,” he said.

Nowell said one night, after working on music, he was stabbed repeatedly in the head during a brawl inside a friend’s house in Surrey, B.C.

He said he stumbled to a nearby police station and was rushed to hospital. He said he lost six pints of blood and received several stitches. The experience still gives him nightmares.

“God saved my life that night in that ambulance,” said Nowell, who (based on the scripture inked on his body) was already a believer. “The way I was living wasn’t right and since that night I’ve dedicated my life to Christ.”

Nowell married Kaysha Lawrence in July 2016 but they separated six months later. According to records filed at Orange County Superior Court, the couple filed divorce papers on May 15, 2017. He said the divorce was finalized late last year.

Nowell spent a year living on Salt Spring Island in BC, where he read, hiked and made important changes in his life.

“I became a vegetarian. I’m now sober. I don’t smoke weed anymore. I had a complete transformation,” he said.

“I’ve never, ever, felt better in my entire life. I’m just in the most amazing place I’ve ever been. Every day is just full of blessings and the right people are finally coming into my life. Everything happens for a reason.”

But, a review of Nowell’s social media history suggests he was able to go to dark places. He has quoted Adolf Hitler, shared conspiracy theories about mass shootings, and used “gay” as a pejorative.

In a 2014 Facebook post, Nowell wrote: “I know most of you … reading this probably think this guy is crazier than a bag of snakes and the truth is – you’re probably right.” 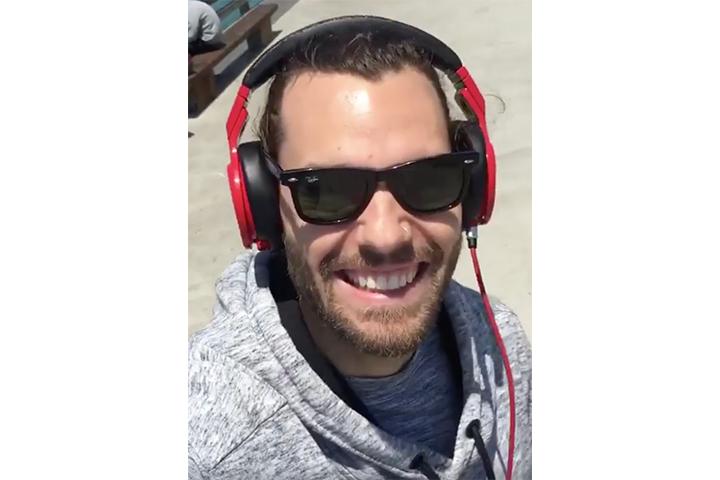 On June 6, Nowell – under his rap moniker SixXx’Tre – released his debut album Fade II Black, which he described as deeply personal as well as original and controversial.

“I’m taking it back to the essence of hip hop and I’m telling a story, my real life story,” he said. “It means the world to me. I don’t know how else to say it. It’s my heart and soul on record.”

Nowell said most of the material on the album was inspired by his near-death experience in Surrey. “If I died that night, most people would have remembered me as the ‘Call Me Maybe' guy and that literally ate my soul alive,” he explained. “That tormented me.

“The album is everything that I had to get out in case I died that night.”

Nowell said he knows most people don’t listen to albums from start to finish anymore but he hopes they will with his because “it’s a story.”

He explained: “I’m trying to bring a cinematic experience to the listener, not just a bunch of random singles thrown together.”

Any modesty is gone when Nowell talks about Fade II Black.

“This is going to be the most groundbreaking iconic hip hop album since probably The Marshall Mathers LP,” he declared.

“It’s quite a statement but I stand by it.”

He already has plans to release a follow-up, Buried Alive, in October and vowed to become the first hip hop artist in over 20 years to have two or more albums achieve multiplatinum sales in the same year.

“I’m not being cocky,” Nowell insisted. “I’m just confident. I know my worth as a human being, as an artist. This is my calling.” 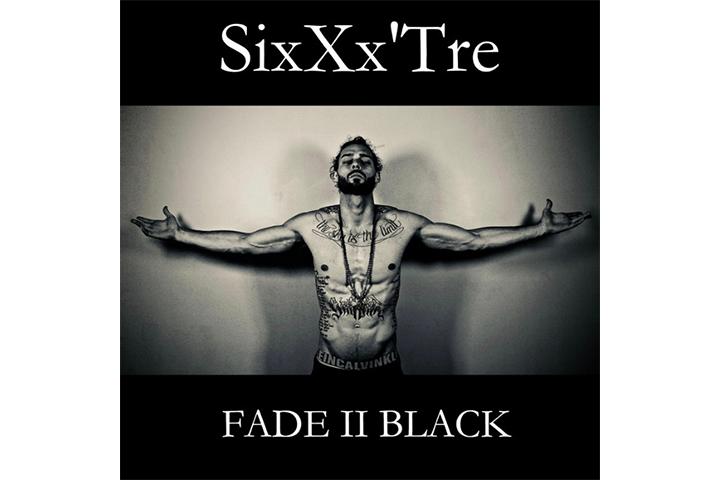