Garth Brooks has said his youngest daughter, Allie, has expressed interest in following in her father’s footsteps – but the country superstar says she’s going to have to do it “on her own.”

Brooks told Taste Of Country that Allie, who recently graduated college: "The crazy thing is, she's so stubborn. I don't know where she gets that from…

"She's gonna have to do this on her own. So she's just kinda digging in and getting started in the business, and it'll take her where she's supposed to go.” 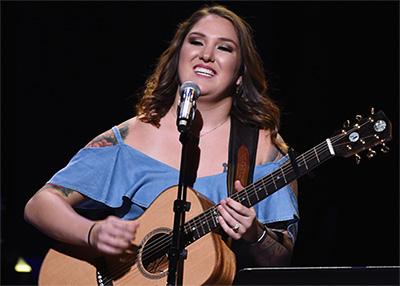 Brooks released his latest honky-tonk single, “All Day Long” in June but, according to Rolling Stone, the single is difficult for fans to find and is only available for streaming – so far – on Amazon. The single is reportedly a teaser for what’s to come from Brooks’ next album.

"The album hasn't been named yet, but right now, the whole centre focus of the new album is just having fun, and I think it shows up in the new single," Brooks told Taste of Country.

Listen to a rough version of “All Day Long” below: