Charley Pride, regarded as the first Black superstar in country music, died Saturday in Dallas from complications of COVID-19. He was 86.

“What a horrible, horrible virus,” tweeted Dolly Parton, who said she was “heartbroken” over the death of “one of my dearest and oldest friends.”

Maren Morris said if Pride contracted COVID-19 at the Country Music Awards last month, “we should all be outraged" – a sentiment echoed by singer-songwriter Richard Marx. "If you think there’s no possibility that Charley Pride got Covid at last month’s @CountryMusic maskless 'event,' you probably believe the Supreme Court is the Deep State. #shameful"

It was at the CMAS where Pride was honoured with a lifetime achievement award and performed “Kiss an Angel Good Mornin’” with rising Black country singer Jimmie Allen.

Tributes continue to pour in for the groundbreaking singer. "I’m just so thankful I got to sing a song with him," shared Tanya Tucker. "I also narrated his I’ll Be Me documentary."

Reba McEntire tweeted: "Charley Pride will always be a legend in Country music. He will truly be missed but will always be remembered for his great music, wonderful personality and his big heart." Billy Ray Cyrus recalled: "We met in ‘92 playing shows together in Australia ... A gentleman... legend and true trail blazer."

"Charley Pride was a dear friend & truly one of the sweetest men in the music business," tweeted Lee Greenwood. "I was privileged to be his opening act when I first came to town. He treated everyone with respect & kindness. I’m in shock & so sad because I lost a good friend, the music business lost an incredible artist and the world lost an amazing citizen."

Pride won three Grammy Awards – including two for his gospel recordings in 1971 – and received a lifetime achievement award in 2017. He was inducted in the Country Music Hall of Fame in 2000 and, in 1993, became a member of the Grand Ole Opry.

“Thank you, Charley, for your contributions to our Opry family,” read a tweet. “You’ll forever have a place in our hearts and our home.”

Pride released dozens of albums between 1966 and 2017 and racked up an impressive 29 No. 1 hits on the country chart. 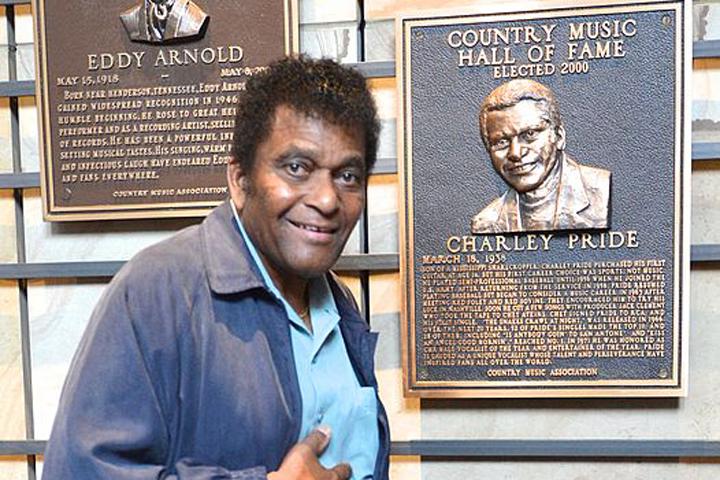 Born into a large family in Mississippi, he worked in the cotton fields and played baseball on several major league farm teams before launching a music career.

"Charley Pride was a trail blazer whose remarkable voice & generous spirit broke down barriers in country music just as his hero Jackie Robinson had in baseball," tweeted documentary filmmaker Ken Burns. "His last performance was his hit, 'Kiss an Angel Good Mornin.' Now he is one."

Pride was also a part owner of the Texas Rangers, who tweeted: “Today, we mourn the loss of Charley Pride and express our deepest sympathies to Mr. Pride’s family and friends on this sad day."

Pride is survived by his wife of 64 years, Rozene, as well as two sons and a daughter.

Listen to music from Charley Pride