The Weeknd shared his video for “I Feel It Coming” feat. Daft Punk on Friday (Mar. 10), and its deep space visuals and vocal harmonies brought to mind another pop maestro: Michael Jackson.

While nobody can hold a candle to the King of Pop, Tesfaye is certainly channeling the late singer. He has cited Jackson as an influence before, saying, “These kids, you know, they don't have a Michael Jackson.”

Already when the song was released back in November, people began drawing comparisons between Abel Tesfaye’s hit single and the back catalogue of Jackson. Here, we take a look at the video through an MJ lens and see how The Weeknd has been inspired by his pop idol.

1. THEY BOTH DANCE ON THE SPOT

Jackson was almost as well known for his signature dance moves (the moonwalk, anyone?) than he was for his incredible voice. Tesfaye has seemingly hijacked Jackon’s fondness for dancing on the spot. Check out the 3:30 mark below.

Though he doesn’t admit it, director Warren Fu clearly took some inspiration from Michael Jackson’s 1982 video for “Billie Jean”. Not only does the VHS-quality of The Weeknd’s video take a leaf out of MJ’s book, but he’s even nabbed techniques like the split screen effect (below), and the sparkling glint (see The Weeknd’s jewellery, Michael Jackson’s shoes in “Billie Jean”). Other inspirations for the video included Stanley Kubrick’s 2001: A Space Odyssey and James Cameron's Terminator 2. 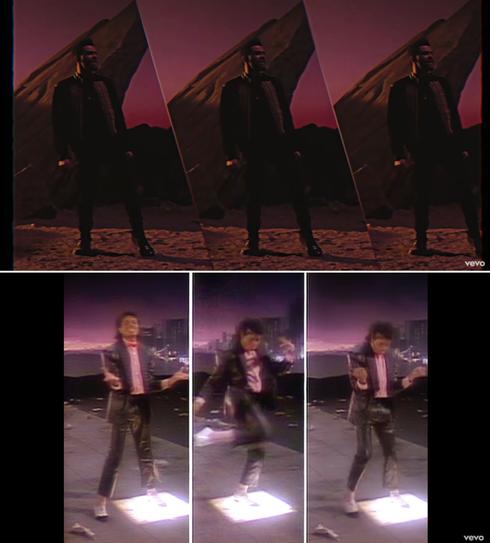 3. THEY HAVE A SIMILAR SOUND

When the song “I Feel It Coming” was first released, fans were confused whether or not MJ had somehow been recording from beyond the grave. Trailing in the music video’s wake were comments online from people who again couldn’t distinguish the two. In The Weeknd’s video, fast forward to the 3:05 mark and you can hear a familiar vocal cry that Jackson pioneered.

Michael Jackson was a big fan of military jackets. It was a wardrobe staple for the “Beat It” singer. The Weeknd here pays homage to the King of Pop by wearing a braided military jacket. 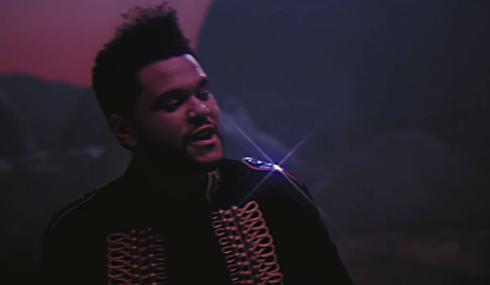 5. THEY HAVE BOTH BEEN IMMORTALIZED IN STONE

At the end of “I Feel It Coming”, The Weeknd and his lover are turned to stone. "I was thinking conceptually of the people who were entombed in the volcanic ash of Mt. Vesuvius... that pose," director Warren Fu told Billboard. Similarily, Michael Jackson was epitomized in statue form  in 1994 by Diana Walczak for HIStory’s album cover.