Pretty Little Liars star Janel Parrish wants it to be known that she’s a big, big fan of Ariana Grande.

“Right now I’m obsessed with ‘No Tears Left to Cry,’” she said Saturday, following a rehearsal for Grease the Musical in Toronto. “I love Ariana. I’ve followed her career. I just think she is so talented acting-wise, singing-wise, as a performer. Just love her.”

Who else is on her playlist?

Parrish explained that it’s artists like these who help her keep in shape. “I like to do spin classes so whenever I spin, usually the teacher I go to plays the newest hits that are on the radio,” she said. “So I love pop music.”

The 29-year-old actress and singer (she has released several tracks) also clearly loves playing Sandy in Grease the Musical. She’s back in Toronto to reprise the role she debuted last fall in the city. Performances start May 24 at the Winter Garden Theatre.

“I had such an incredible time when I was here in Toronto, just my whole experience,” Parrish told iHeartRadio.ca. “I fell in love with the show. It was a dream role of mine, one that I never thought I’d ever get to play.

“Once I found out that I would have time to come back and do this run I felt so excited. ‘OK, you’ve done this run for two-and-a-half months last time, what else can we bring to this character?’ – and I’m kind of excited to discover that.” 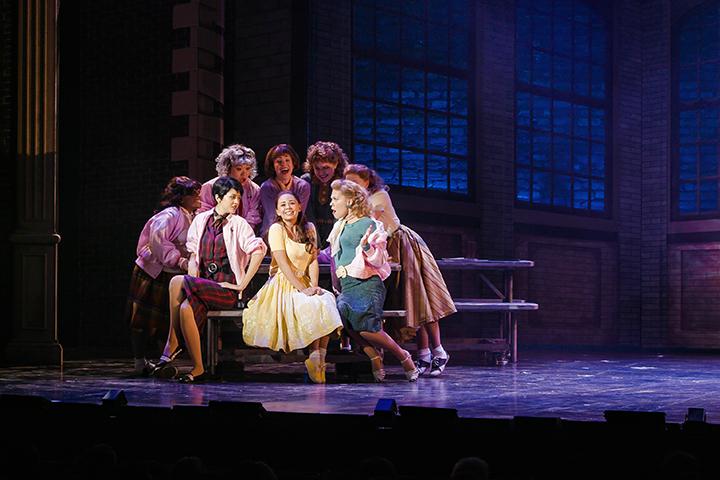 Parrish wasn’t sure the timing of the second run would work out since she got the call while shooting the pilot for the Pretty Little Liars spin-off The Perfectionists.

Coming back to Toronto wasn’t without some drama. “It was kind of a nightmare to get here,” she admitted.

Parrish was welcomed back to the city with a long wait at the airport. “The line was so long so it took me two-and-a-half hours to get my work permit,” she explained. “And then they lost one of my bags.”

Toronto has a special place in Parrish’s heart, though. Last October, her boyfriend Chris Long proposed to her in Berczy Park. “It’s such a special place for us both so now every time he comes out to visit we have to go to that park and stand in the spot where he proposed,” she said. “And we went to Canoe after for dinner so I told him, ‘We have to go to Canoe, that was like our engagement dinner.’” (Read more wedding details here.)

A theatre veteran (her stage credits include productions of Les Misérables, Spring Awakening and Cruel Intentions: The Musical), Parrish didn’t know what to expect at her first rehearsal with a new cast.

“I walked in – it’s been four months since I did it – and they were like, ‘OK let’s just run it from the top.’ I had deer-in-headlights face. Like, Oh my God, do I know this? Am I just going to crash into people?,” she said.

“And it went surprisingly well and I kind of felt like I was in a daze. It felt like my body knew what I was doing but my brain was like ‘Whoa, what is happening?’ But it’s so much fun to do it – of course, I loved the cast that we had before – but it’s also so fun to have new energy with new people and it kind of changes the show in some ways. It changes the energy and it changes the way you deliver the lines. It’s really fun to have that. It keeps it fresh.” 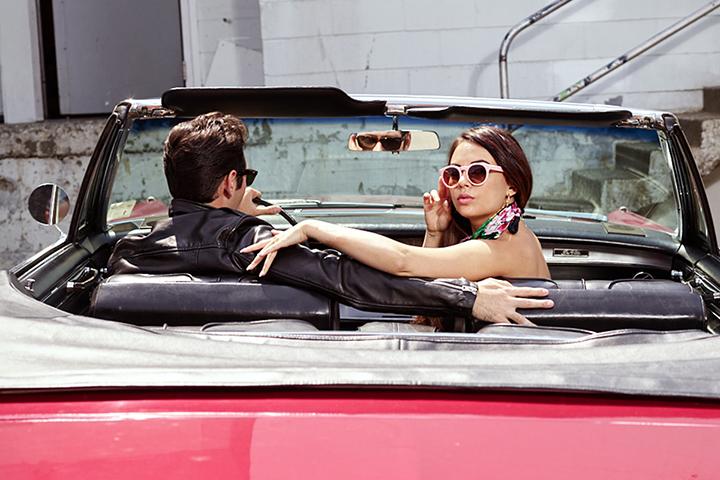 Parrish’s portrayal of Mona Vanderwaal on Pretty Little Liars earned her four Teen Choice Awards for "Choice TV Villain" – but she doesn’t see wholesome Sandy as the antithesis of Mona.

“What I love about Sandy is she has so many layers,” she said. “She is a girl very much figuring out how to be the woman that she wants to be, and she becomes that at the end – and it’s not just because it’s a guy, it’s because there are certain sides in Danny that kind of bring out this bolder side in Sandy.

“I don’t see it as just playing the good girl. I see it as playing a very layered girl going through a transition into being a woman."

Parrish, who was born in Hawaii to a Chinese mother, is aware that she doesn’t look like the typical Sandy in Grease. “Before I did the show,” she recalled, “I actually got a lot of flack from people saying she’s not blond, she’s not what we expect.”

But, Parrish is unapologetic. “You know, I think that it’s time. Why can’t she look like me? Why can’t we break stereotypes? We have a very diverse cast and it’s great. Why can’t she be whatever she wants to be?”

Parrish said she has created her own version of Sandy. “She’s still Sandy and, you know, the Sandy that you know and love but…I don’t know, I just wanted to give people a different side of her,” she explained. “So my Sandy is a very strong girl who’s still vulnerable and learning what it is to grow up into a woman but she has a little Pink Lady inside of her that’s bursting to come out, and I love playing with that.”

The response has been encouraging.

“I’ve gotten some great feedback from young women who said that they really enjoyed seeing a strong woman up there,” said Parrish.

Grease the Musical begins May 24 at the Winter Garden Theatre in Toronto. For tickets and more information go to greaseonstage.com.