Jann Arden Shows Off Her Funny Side In 'Jann'

Everyone who has ever spent more than a few seconds around Jann Arden knows that in addition to being a talented singer-songwriter, she is naturally hilarious. So, why did it take a quarter-century to give her comedic gift a proper showcase?

“I was doing music,” Arden says. “And, the nice thing for me is that my shows were so entrenched in humour that I never felt like I was missing out on something.”

The Canadian icon, who celebrates her 57th birthday this month, told iHeartRadio.ca that she was offered many projects over the years that just didn’t feel right. “It usually involved me moving to Toronto or moving somewhere, it was very talk show oriented,” she recalls.

When the idea for a show in which she would play a fictionalized version of herself came up, Arden was intrigued.

“I’m still very much in music. I love it, it’s sort of the basis of what I am and what I do and how I navigate my life but this was just such a neat opportunity,” she says. “It felt like something that I was capable of doing.”

The result is the aptly-named Jann, a six-episode half-hour series on CTV set in the singer’s native Calgary. Arden plays a singer named Jann Arden who lives in a spectacular house and pines for her ex, Cynthia. She’s got a (good) mother in the early stages of dementia, a sister who can’t seem to stop popping out babies, and a manager whose best days are behind him.

“It’s definitely not me,” Arden insists. “Nothing about it is really real but that’s up to the audience.”

She describes the show as a blend of real and a fantasy. “Those two worlds coming together make it really special, certainly for the viewer to be like, ‘What? Is this real? Like, that’s actually her music and she’s singing but she doesn’t have a sister.” (And no, she says, that’s not her real house.)

Arden said audiences are smart enough to know it’s not a documentary. “Look at the Roseanne show or the Reba McEntire show, Reba. There are so many shows with people playing themselves,” she says. “Jerry Seinfeld… people knew it wasn’t him. He didn’t live in an apartment building with Kramer.”

Of course, having her name as the show’s title all but eliminates the chance that she will one day be recast with Christopher Plummer.

“It’s job security and it’s job stupidity, too,” Arden acknowledges. “because if the ladder falls off the building… you know, the only name they’re going to remember is my name. It’s not going to be the writers or anybody, it’s going to be my name.”

Arden need not worry. The first episode of Jann was reportedly streamed online more than 300,000 times ahead of its broadcast debut on March 20 and generated positive buzz.

Still, Arden says she's ready for any outcome. “If you’re going to try anything in the arts, if you’re worried about failing you should go do something else,” she says, “because there’s no security in that and I don’t think there’s really any true creativity either.

Arden has got a lot right, though. She has released a dozen studio albums since 1993 with hits like “Will You Remember Me,” “I Would Die For You,” “Could I Be Your Girl,” “Insensitive” and “Good Mother.” She has collected Juno Awards, been inducted on Canada’s Walk of Fame, and was named a Member of the Order of Canada. Arden has also penned four memoirs. 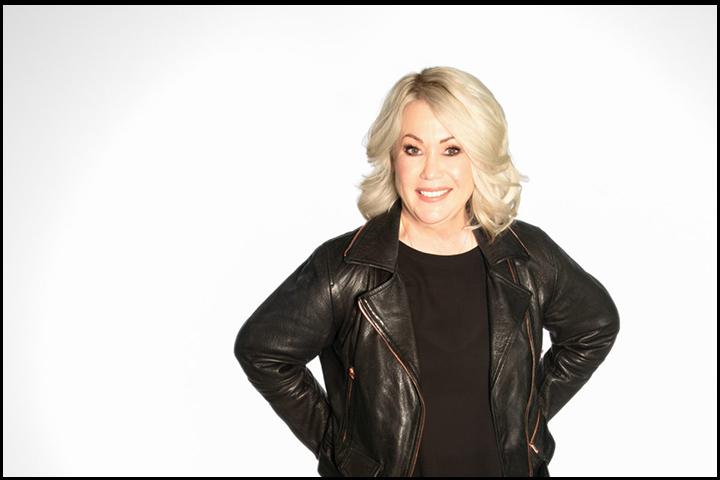 Arden says making the show was simply too much fun. “Oh my God, we laughed our asses off,” she recalls. “The writing is so solid. I had so much fun learning how to act. Just acting with people who have spent their lives studying it, training for it, so I’ve surrounded myself with some really skillful people.”

The series also features appearances by some familiar Canadian artists, including Leslie Feist and Keisza. Singer k.d. lang was lined up but, in the end, “just couldn’t do it,” says Arden. And, getting comedian Rick Mercer to guest star was more challenging than it should have been.

“He’s like, ‘I don’t have time.’ I’m like, ‘You better f**king figure it out because you’re going to come do this show because I did your show for 15 years.”

Arden admits “we probably shouldn’t have leaned on guest stars as much as we did” but explains that it was important to establish that her character had a successful career and connections.

In the first episode, it’s not the celebrity cameo that steals the show. Arden has a hilarious mishap involving a barbed wire fence and… her lady bits.

“It’s an adult fear to get your balls, or your labia, or some part of your genitalia caught on barbed wire,” Arden explains.

“I’m doing my own stunts, let’s keep that in mind, it’s all me. So when I went through there I had to hook myself, so it took a few attempts. But I think it’s hilarious. Anytime you can involve your genitalia being stuck on barbed wire… It worked out great. I think it was really super funny.”

The scene plays out almost as if it was a lucky accident.

“Well, I had been acting over four hours at that point in my career so let’s keep that in mind,” Arden deadpans. Surely the Canadian Screen Awards will take notice. “Right? If I don’t get Best Hooking on a Barbed Wire Fence by a Crotch, I’m going to run up there [on stage].”

It’s this willingness to put herself out there, hoo-ha and all, that makes Arden such a breath of fresh air in these politically-correct times. The singer’s social media followers know that she rarely shies away from sharing her thoughts.

Arden admits there have been a few “missteps” where she “probably should have counted to 10” before tweeting.

“I went after Jason Kenney pretty good,” she recalls, referring to the conservative Alberta politician. "I called him a f**king turd. He was doing all sorts of weird s**t – and continues to do weird s**t – with the LGBT community and with politics in general, and education. He opens up baskets that we long since carried off and set on a shelf. He think he needs to take it down.”

Her tweet sparked threats against her and Arden, who was on a book tour, needed to hire extra security.

She says she learned from the experience. “I would have done it differently, to be honest, but you can’t change that stuff. Twitter is kind of forever,” says Arden. “Once in awhile I step into it but that’s the magic of social media. I think I do more good than bad.”

Arden says she’s sworn off using “derogatory, offensive language” to describe anyone. “There’s a better way to do it. I’m smarter than that,” she says.

“But we live in dangerous times and I think sometimes you have to step out on a ledge and say things that get people’s attention.”

Jann is co-produced by Bell Media, parent company of this website.