If you’ve chest-thumped Céline Dion’s “It’s All Coming Back to Me Now” in the shower, blasted “Paradise by the Dashboard Light” while stuck in traffic, or seduced someone with Air Supply’s “Making Love Out Of Nothing At All” – you can thank Jim Steinman.

The composer, lyricist and producer is also the creative genius behind Bat Out Of Hell, the Meat Loaf album that was released 40 years ago this week and has sold more than 43 million copies.

Steinman, who turns 70 on Nov. 1, envisioned Bat Out Of Hell as a musical when he wrote it in 1975. On Wednesday, Bat Out Of Hell The Musical has its official opening night at Toronto’s Ed Mirvish Theatre, where it is scheduled to run until Christmas Eve.

Directed by Jay Scheib, the musical is the story of Strat (Andrew Polec), the rebellious leader of The Lost, who falls in love with Raven (Christina Bennington), the daughter of the most powerful man in post-apocalyptic Obsidian.

The show features Steinman classics “Two Out of Three Ain’t Bad,” “I’d Do Anything For Love (But I Won’t Do That)” and “Paradise by the Dashboard Light” and others, as well as some new songs.

Why did it take four decades for Bat Out Of Hell to find its wings in a theatre?

“Nothing about the industry surprises me,” Steinman told iHeartRadio.ca. “Things happen when they're meant to happen. Some of the songs in the show I've recently written, completing the story. It was also a wait for technology and EFX to catch up to what was in my mind.

Steinman said he’s been delighted by the response to Bat Out Of Hell The Musical.

“I couldn't be happier with the way the audience has embraced the show and I'm incredibly grateful to them,” he said. "I never condescend to my audience, never assume they won't get it or won't rise to the occasion. Quite the opposite. I assume they are highly intelligent as a starting point – they're listening to my songs so that's proof right there.

Steinman said although he cares much more about what the audience thinks, he’s thrilled by the overwhelmingly positive critical reviews.

“I think it reaches a point when critics just can't deny the audience and so they took the ride together – and loved it,” he said.

MORE: Meat Loaf Hypes Bat Out Of Hell The Musical In Toronto

The New York-born composer, lyricist and producer is responsible for a long list of timeless and anthemic songs. Among them are the Bonnie Tyler hits “Holding Out for a Hero” and “Total Eclipse of the Heart.” The latter, released in 1983, got plenty of play this summer thanks to the solar eclipse.

“That song never goes away. It's the biggest karaoke song in the world and it's been covered dozens of times,” Steinman said. “It’s one of my children and I'm as proud of it as I am the others. I try not to play favourites but yeah, it's special.”

Like the natural phenomenon itself, the lyrics are dark. “I always laugh when I hear people play ‘Total Eclipse of the Heart' and ‘Paradise by the Dashboard Light’ at their weddings,” he said.

“I wonder if it's grim foreshadowing.”

In addition to working with Céline Dion on her Grammy-winning 1996 album Falling into You, Steinman has made good use of Canadian singer Rory Dodd. It’s the Ontario native’s voice singing “Turn around bright eyes” on “Total Eclipse of the Heart” and backing Meat Loaf on the Bat Out Of Hell albums.

“Rory has an absolutely beautiful voice,” Steinman said. “He gets the songs too, and that's important to me.” 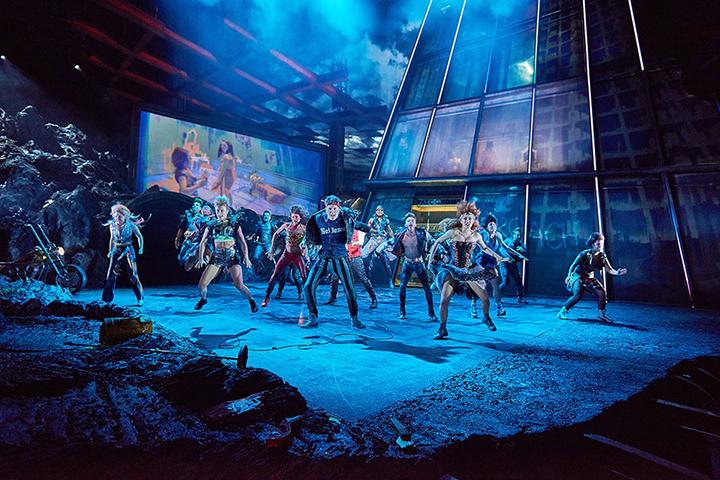 Steinman, who rarely gives interviews anymore, took questions from iHeartRadio.ca ahead of the opening night of Bat Out Of Hell The Musical.

You started out in theatre. How did this become an early passion of yours?

I've always loved theatre because it's heightened. It deals with emotions but in an amplified and exaggerated way. Similar to the way teenagers deal with emotion. I like that kind of elevated reality and I like how personal and meaningful theatre can be to people.

Not many great rock songwriters will name Richard Wagner as an influence, as you have. What is it about him, and about opera in general, that inspired you?

Wagner didn't set limits. He wasn't afraid of excess or in going over the top. It's the same with opera. There's a line in the Bat Out Of Hell The Musical that I love: "If you don't go over the top – how are you going to see what's on the other side?” Wagner went over the top, opera goes over the top and it's the same curiosity and boundary breaking that inspires me.

Your 1969 production of The Dream Engine at Amherst College had a lot of nudity. Bat Out Of Hell The Musical…not so much. Discuss!

I have nothing against nudity and, as you mention, the entire second act of Dream Engine was performed in the nude. I don't use nudity to shock. It must serve a purpose. Bat Out Of Hell has quite a lot of  romance, passion and physicality. Sometimes that's more effective than nudity.

From your early projects like The Dream Engine and Neverland to Bat Out Of Hell, you’ve explored some of the same themes and mythology as Peter Pan. Why does that resonate so much with you?

Youth fascinates me. I love the Peter Pan scenario because both their mind and bodies stay young. The Lost are caught at a time when things are visceral and jugular. There's a lot of potential there in that realm where everything is urgent, where it all feels like life and death and possibilities seem endless. There's a potential for great victory and great defeat, love and loss. It's never boring. That's the biggest lure. If there's a hell, I'm sure it's boring...as hell.

Part of making a big stage musical happen is having a solid creative team. How involved were you in the production — and was it difficult to give up a little bit of control and trust that your work was in good hands?

I was very involved in every aspect. I treat my songs like my children. That said, I trust my team and their talents. Jay Scheib was a dream director because he loved the material and thought the story was important. The cast and creative team work like a family and Bat Out Of Hell The Musical is our common goal. I have complete gratitude and respect for everyone involved in the show – no one gave less than their very best. 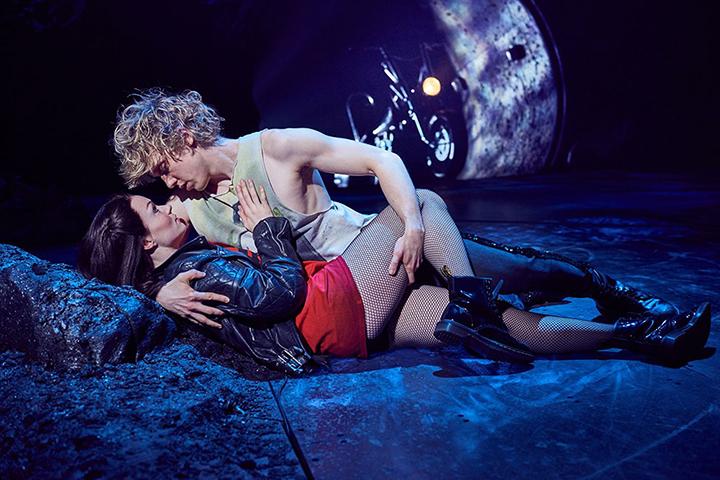 Talk about the talents of Andrew Polec and Christina Bennington — are they the Strat and Raven that you envisioned?

Andrew and Christina ARE Strat and Raven. I think I willed them into existence. The expression "it must be believed to be seen" comes to mind. I just kept conjuring them and believing we would find them. Christina is so petite but she's got an incredibly big voice and stage presence. She plays Raven with the perfect amount of youthful enthusiasm and coming of age curiosity. She's beautiful and strong. Andrew is EXACTLY what I wanted in Strat and it's almost scary to see a my vision personified with such accuracy. It's miraculous. Other than Meat Loaf, I have never seen someone so able to command attention and capture an audience. His charisma is breathtaking. Andrew speaks with his eyes, as does Meat. He is one of those rare, "must be seen to be believed" talents. His face can go from serious to a full flush of smile in .0001 seconds and my songs flourish with that kind of expressiveness. He'll be a superstar, no doubt. He already is, in my opinion. Andrew Polec is a spectacular talent and, again like Meat Loaf, an actor that's blessed with an immense singing voice.

There’s a lot about Bat Out Of Hell The Musical that resonates today given the world we live in and the feeling of hopelessness and fear many young people feel. Is there a message in the show you hope will get through?

Young people aren't helpless. They've got the youth and youth is power. Don't be afraid to feel, to love and to inspire change – it's your turn. That's been my message and will always be my message.

This musical is both sparking and rekindling interest in the songs of Bat Out Of Hell. As a songwriter, how does it feel to know that kids and teens are going home and playing the same songs their parents rocked out to when they were that age?

Bat Out Of Hell is timeless. I don't know why it is, it just is. It belongs to the young and there's always a new crop coming up and joining those of us that age but refuse to get old. Yes, I am appreciative but that makes it sound like I'm on the outside analyzing it. The truth is, it's still my album too – I'm in it with them – living it.

Bat Out Of Hell The Musical runs until Dec. 24 at Ed Mirvish Theatre in Toronto. Click here for ticket information. It is a co-production of Bell Media, parent company of this website.