John Legend took to Twitter late Thursday to explain why he agreed to appear in the documentary Surviving R Kelly.

“To everyone telling me how courageous I am for appearing in the doc, it didn’t feel risky at all,” the singer tweeted. “I believe these women and don’t give a f**k about protecting a serial child rapist. Easy decision.

“These survivors deserved to be lifted up and heard. I hope it gets them closer to some kind of justice.”

In the final episode of the six-part docu-series, airing on the U.S. cable channel Lifetime, Legend opines that Kelly “has brought so much pain to so many people.”

The series investigates multiple sexual abuse allegations against Kelly and includes interviews with women who claim they were denied access to food and personal freedoms while living in the “Trapped in the Closet” singer’s house. They allege they endured physical and sexual abuse.

Kelly has previously denied allegations that he held young women against their will or abused them. In 2017, his lawyer said in a statement that the singer “is both alarmed and disturbed” by the claims and will work “diligently and forcibly to pursue his accusers and clear his name.”

No criminal charges have been filed against Kelly, who has reportedly threatened to sue Lifetime. 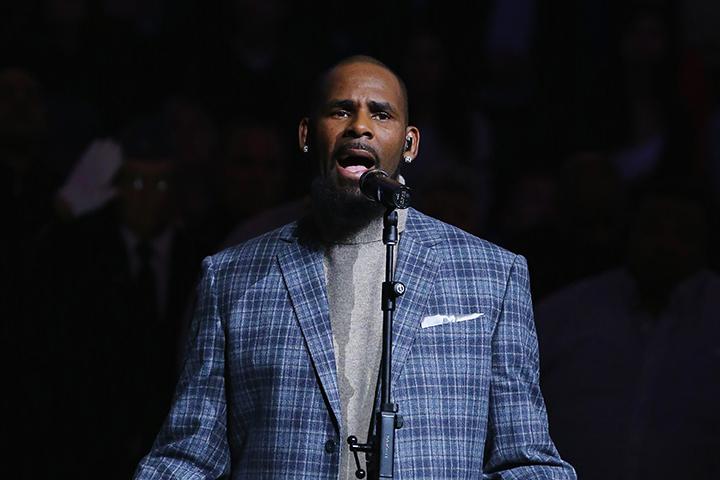 In 2008, Kelly was acquitted of child pornography charges after a videotape surfaced allegedly showing him engaged in sex with, and urinating on, a 14-year-old girl.

Kelly’s brother Bruce, who is incarcerated, said in the docu-series that his famous sibling has a “preference” for younger females that goes back decades.

In 1994, Kelly reportedly married singer Aaliyah, who was 15 at the time. (He produced her debut album, Age Ain't Nothing but a Number.) A court later annulled the marriage, which Kelly denied ever took place.

On social media, Surviving R Kelly is trending, with some viewers claiming it was too disturbing to watch. But the series is also receiving plenty of praise, including from actress Kerry Washington. “Amen," she tweeted. "Speaking truth to power.”