Lennon’s widow Yoko Ono and son Sean Lennon attended the USPS ceremony, which was attended by hundreds of fans.

"I know that my father would have been really thrilled to be accepted, officially in this way, on a stamp," Lennon told the crowd. "About as official as it gets, I think.”

The stamp features a 1974 photo of Lennon, photographed by Bob Gruen, on the roof of his Manhattan apartment building. The stamp’s packaging is also cleverly designed to look like a record sleeve.

"Everybody loves to listen to John's songs and I'm very proud of it, but also the fact that this day, Imagine and you guys are here. It's incredible," Ono said during the unveiling.

Lennon’s upcoming box-set celebrating his 1971 anthem “Imagine,” Imagine: the Ultimate Collection, is due out Oct. 5. 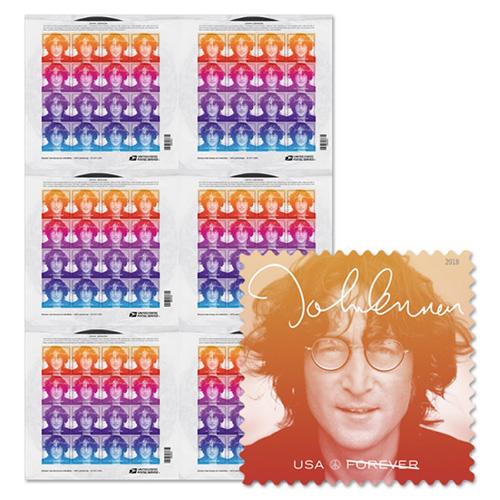