Fans are speculating on the state of Kacey Musgraves’ marriage to Ruston Kelly after the pair deleted photos of each other from their respective Instagram accounts.

Late Sunday, the country star shared a photo on Twitter showing her giving the finger with both hands. "yep still the mood," she tweeted.

There has been no comment from either Musgraves or Kelly but on New Year's Eve she tweeted a photo showing her planting a kiss on Kelly's cheek that she captioned "seeing 2020" with a praying hands emoji.

Kelly took to Instagram around the same time to admit that 2019 was "challenging" with "conflicts mixed with resolve and the ever struggle to do better with yourself every time."

In early November, Kelly's drummer John Chong posted a photo on Instagram showing Musgraves hugging her husband backstage at his one of his shows.

Musgraves tied the knot with Kelly in October 2017 after a 10-month engagement. They reportedly started dating in May 2016.

Kelly was noticeably absent at November’s 2019 CMA Awards, which Musgraves attended with model friend Gigi Hadid. The country star didn’t mention her husband while accepting Music Video of the Year (for "Rainbow") and Female Vocalist of the Year.

The couple was last photographed together at a public event at the Country Music Hall of Fame and Museum on July 1, 2019. 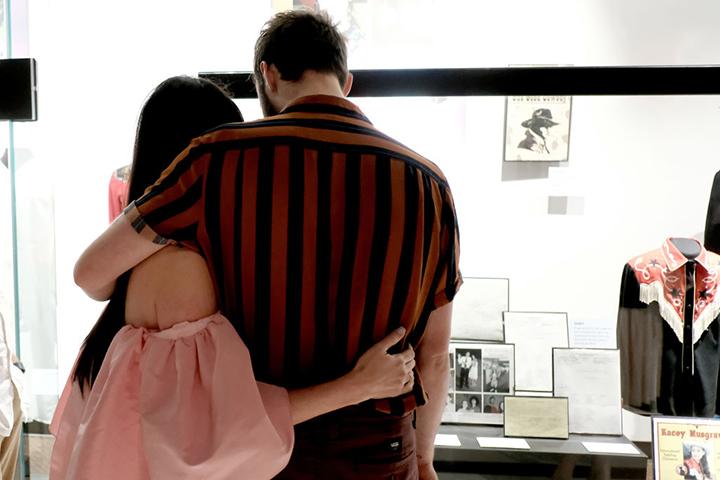 Listen to music from Kacey Musgraves