The top prize at Sunday night’s MTV Video Music Awards – Video of the Year – went to “Montero (Call Me By Your Name)” by Lil Nas X.

“I want to say thank you to the gay agenda,” the rapper quipped. “Let’s go gay agenda!” He then thanked his fans. “I love you guys so much. I do not take this for granted.”

The night’s big winner was Olivia Rodrigo, who picked up three awards including Best New Artist and Song of the Year (“Drivers License”). BTS and Canada’s Justin Bieber were also winners in multiple categories.

“This has been the most magical year of my life and it’s all because of you guys,” Rodrigo said of her fans, before dedicating her trophy to “all of the other girls who write songs on their bedroom floor.”

The 18-year-old added: “There are a lot of people who will try to dim your light but speaking your mind and sharing your heart are the most beautiful things in the world.”

Another winner was not at the show: BTS won Best Group and Best K-Pop (for “Butter”).

The show opened with pop icon Madonna getting out of a taxi in New York City’s Times Square (taped in the wee hours of Sept. 1) while reflecting in a voiceover about her shared 40-year-old journey with MTV.

“And they said we wouldn’t last,” she said. “But we’re still here motherf**kers.” 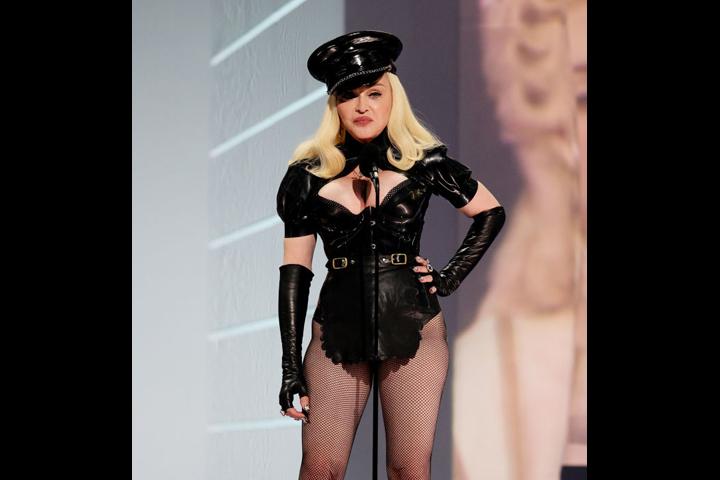 Canada was represented by Justin Bieber, who performed “Stay” with The Kid Laroi as well as his own track “Ghost;” Shawn Mendes, who performed “Summer of Love” with Tainy; and Avril Lavigne, who presented the Video for Good award to Billie Eilish (for "Your Power").

Bieber, who went into the VMAs with a leading seven nominations, was also on stage to accept the awards for Artist of the Year and Best Pop (for “Peaches” featuring fellow Canadian Daniel Caesar as well as Giveon).

“There’s so much going on in the world as we speak. We are in unprecedented times,” Bieber said, referring to COVID-19 as “a big deal.” He added: "Music is such an amazing outlet to be able to reach people and to be able to bring us all together. We’re all here together. We’ve got a lot more in common than we don’t. I really do believe the best is yet to come.” 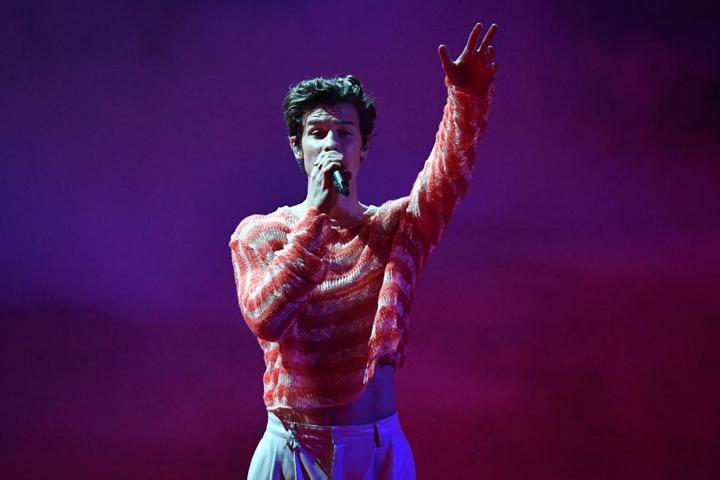 Eilish said: “We need to protect our young women at all costs, for real, and we also need to remember that we all have power and we have to remember to not abuse it.”

And, Travis Scott used his time at the mic – accepting the VMA for Best Hip Hop –  to share an important message. “Love is the biggest thing that we can ever hold,” he said. “Spread love and everything will be OK.”

In addition to performances by Lil Nas X ("Industry Baby" ft. Jack Harlow) and Rodrigo (“Good 4 U”), there were performances Kacey Musgraves (“Star Crossed”), Twenty One Pilots (“Saturday”), Normani (“Wild Side”) and Machine Gun Kelly and Travis Barker (“Papercuts”) and others.

Ed Sheeran performed his new single “Shivers” from Pier 3 at Brooklyn Bridge Park, where Alicia Keys and Swae Lee did "Lala (Unlocked)" before Keys paid tribute to NYV with "Empire State of Mind."

Foo Fighters rocked the stage at the Barclay Center with a medley before accepting the Global Icon Award.

MORE: Lorde Shares Reason For Pulling Out Of MTV VMAs

VIDEO OF THE YEAR

The Weeknd – "Save Your Tears"

ARTIST OF THE YEAR

GROUP OF THE YEAR

SONG OF THE YEAR

PUSH PERFORMANCE OF THE YEAR

Billie Eilish – "Therefore I Am"

Evanescence – "Use My Voice"

The Killers – "My Own Soul's Warning"

Kings Of Leon – "The Bandit"

twenty one pilots – "Shy Away" – Fueled By Ramen

Demi Lovato – "Dancing With The Devil"