It’s a good day to be a Harry Styles fan.

The British singer dropped “Adore You,” a third single from his sophomore album Fine Line (out Dec. 13), and dropped all his clothes for a poster that comes with the vinyl edition.

“Did I just preorder Fine Line just to get a poster of a naked Harry Styles? Yes, yes I did,” reads one fan’s tweet. 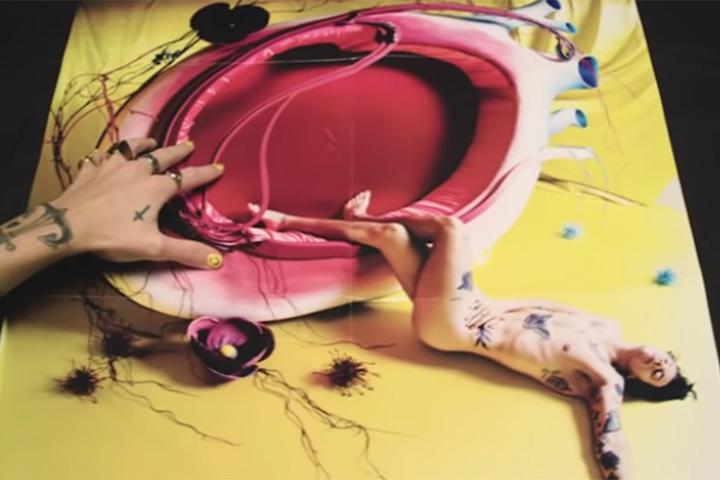 The track, which follows “Lights Up” and “Watermelon Sugar,” was teased for several weeks with an elaborate viral campaign for the fictional island of Eroda (that’s “Adore” backwards).

Styles will hit the road next year to support Fine Line. He plays Montreal’s Bell Centre on June 30 and Toronto’s Scotiabank Arena on July 3 and 4. He will hit Rogers Arena in Vancouver on Aug. 23.

Listen to “Adore You” below: