Love Is In The Air At iHeartRadio MMVAs

Love is always in the air at the iHeartRadio MMVAs, of course, but never more so than when performers or presenters show up with their special someone.

Over the years some celebrity couples have proudly walked the red carpet together and some have chosen discretion and arrived separately.

At Sunday’s iHeartRadio MMVAs, Ashlee Simpson-Ross and Evan Ross will walk the red carpet only four days before celebrating their fourth wedding anniversary.

Will Ashlee’s former brother-in-law Nick Lachey of 98 Degrees, who are performing, bring wife Vanessa Minnillo as his plus-one?

Will performer Meghan Trainor show up with her fiancé of eight months, actor Daryl Sabara? (The couple is reportedly planning a Christmas wedding.)

Can we expect to see Gus Kenworthy with beau Matt Wilkas as his date? Will presenter Prince Michael Jackson bring Molly Schirmang, his girlfriend of the last 18 months?

And, is there any chance presenter Rachel Bilson will show up with actor Hayden Christensen, who lives north of Toronto, or will he be babysitting their daughter Briar?

We'll only get answers to these questions by tuning in to the red carpet special, hosted by eTalk's Chloe Wilde and iHeartRadio's Patrick Langlois, at 8 p.m. ET. 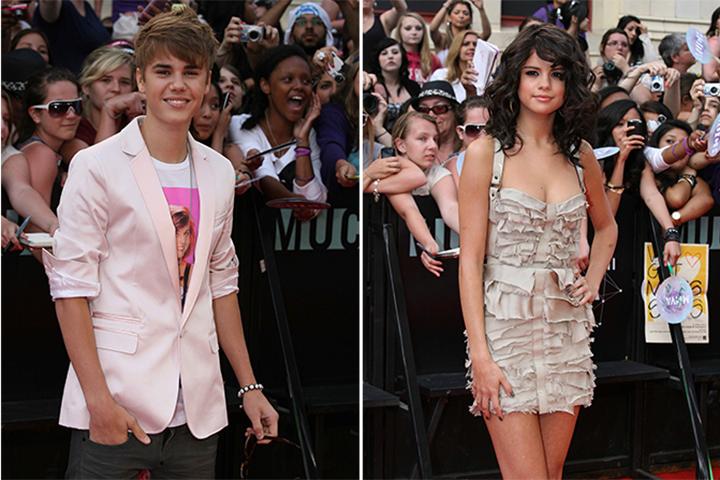 Everyone knew Justin Bieber and Selena Gomez had been dating for at least six months when they attended the 2011 MMVAs – she was hosting – but the young stars chose not to appear together on the red carpet. They went on to have an on-again, off-again relationship up until this past March. Bieber has since got engaged to Hailey Baldwin. 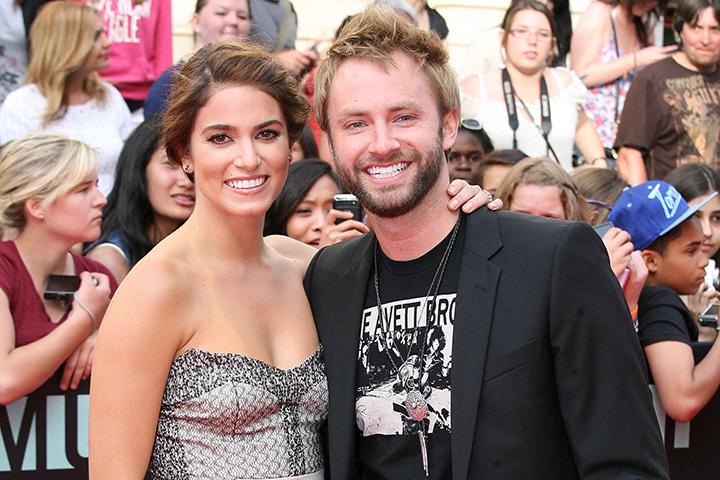 Actress Nikki Reed, a presenter in 2011, arrived on the red carpet looking very happy with brand new fiancé Paul McDonald, a former American Idol competitor. The couple got married four months after the MMVAs. Reed and McDonald separated in late 2013 and were divorced by the beginning of 2015. 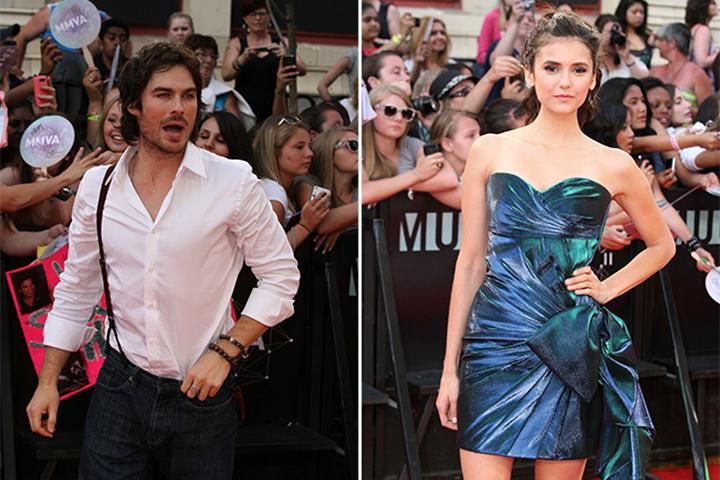 Toronto-raised actress Nina Dobrev and her boyfriend of nearly a year, Vampire Diaries co-star Ian Somerhalder, attended the MMVAs together in 2011 but didn’t walk the red carpet together. Their romance lasted until 2013. Coincidentally, Somerhalder started dating Nikki Reed (who was a presenter at the same MMVAs he attended) in 2014 and tied the knot a year later. Last summer the couple welcomed a daughter. 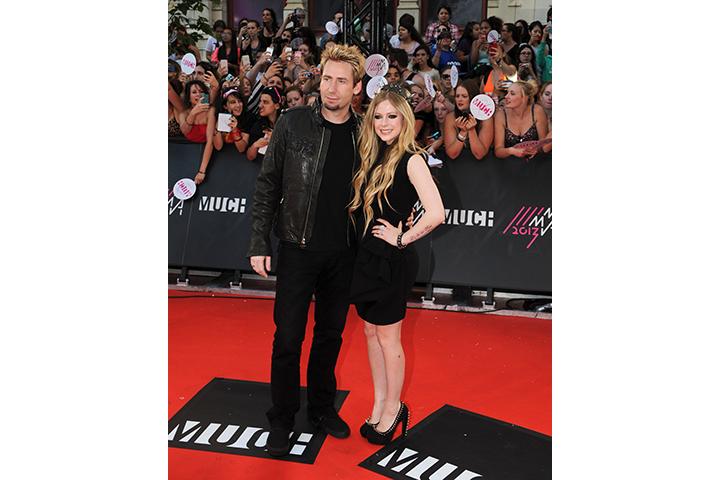 It’s been said that Canadian couple Avril Lavigne and Chad Kroeger made their red carpet debut at the MMVAs – but it’s not true. Still, the pair showed up in 2013 just weeks before jetting off to France to tie the knot. Sadly, the couple separated two years later. 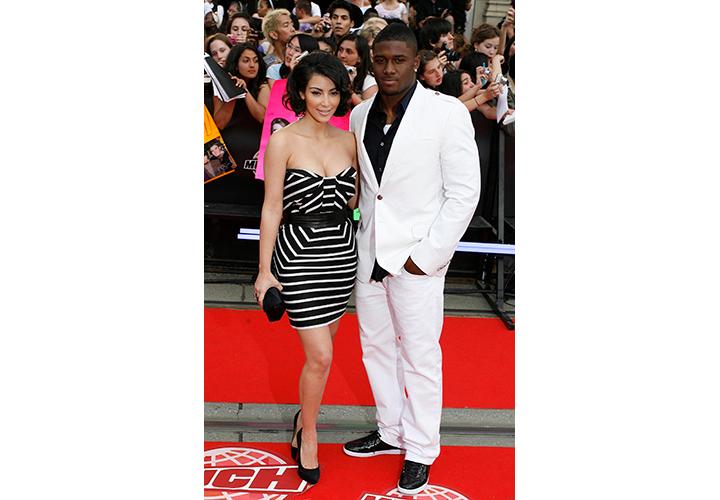 Kim Kardashian, a presenter in 2009, showed up on the red carpet with pro football player Reggie Bush. The two, who had been dating for nearly two years, split up exactly one month after attending the MMVAs. (They reportedly got back together briefly in late 2009. ) Kardashian, of course, has been married to Kanye West since 2014 and they have three children.

Canada’s own Pamela Anderson attended the 2002 MMVAs with her brand new fiancé, singer Kid Rock. Less than a year later, though, the couple split up – only to rekindle their romance and tie the knot in July 2006. Four months later, Anderson filed for divorce. 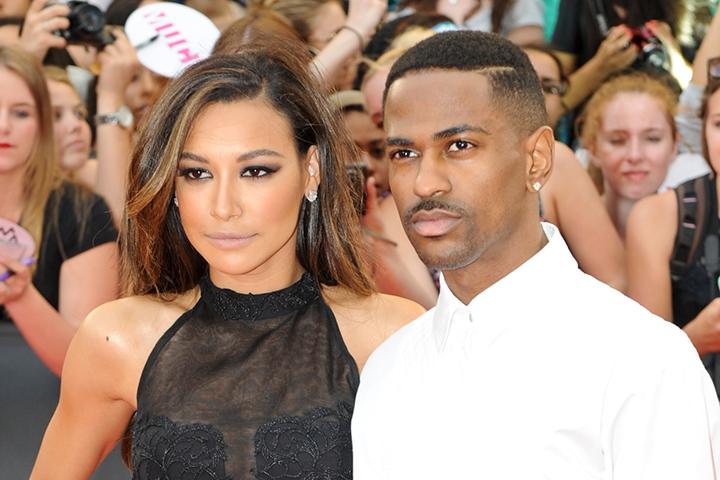 Naya Rivera, best known for her role on Glee, brought rapper Big Sean as her date to the MMVAs in 2013, after only two months of dating. Although they got engaged four months after the show, they split up in April 2014.

In 2010, Miley Cyrus celebrated one year of dating her The Last Song co-star Liam Hemsworth by bringing him to the MMVAs, which she was hosting. The night before the big show, Cyrus (who lived in Toronto from age 8 to 11 while her dad starred in the TV series Doc) took Hemsworth to The Keg Mansion for a steak dinner. The pair got engaged in 2012, then split up, then got back together, then got engaged again.