Machine Gun Kelly announced late Monday that he has scrapped the artwork for his forthcoming album Tickets To My Downfall.

“Found out that the album cover i released was essentially copied from a photo we do not own,” he explained in a tweet. “I didn’t make this design so i apologize to the original artist. I’m in the process of replacing it right now.”

MGK shared the artwork for the Sept. 25 release on Sept. 4 and it was quickly flagged as being a rip-off of a photograph of actor and model Sen Mitsuji.

Tickets To My Downfall is the fifth studio album from MGK. It includes appearances by Halsey, Triple Redd, Blackbear, Iann Dior as well as drums by Travis Barker. 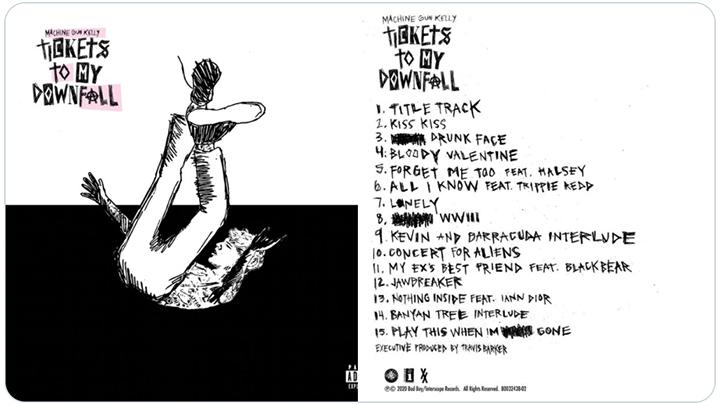