Max Parker Is Ready To Fly Away (But Stay Grounded)

Max Parker knows that as a young Canadian pop singer who posted cover songs online, he’s going to face comparisons to the likes of Shawn Mendes and Justin Bieber.

“It’s always a huge compliment,” he says. “At the same time, I want to be Max Parker.”

The 20-year-old Toronto resident says the comparisons make him feel like he’s on the right track – but, he admits, “it’s hard.”

Parker explains: “You don’t want to be labelled as the same as these people because then it’s like, ‘Am I really my true authentic self?’ and you start to second guess it.”

Last month, Parker released his debut album, 17 – a title that represents both his age when he started working on it and his favourite number. “My hockey number was 17. Same as my dad’s hockey number and my grandfather’s hockey number,” he says. "It’s just something that’s been passed down and it’s something that really resonates with me for some reason. It’s a special number to me and it’s one of my lucky numbers.”

The album includes previously released singles like “Out of Love” and “Right Back Where We Started” as well as the new single “Fly Away (Feel Good).”

Also in the collection is this year’s ubiquitous radio hit “Good Time,” a positive reflection on a relationship that didn’t last.

“I’m one of those people who truly believes that things happen for a reason. I wrote that song to emphasize that whatever happens in your life is something that you can learn from and something you can move on from in a good way,” explains Parker. “No matter if things [go] badly it’s something you can always switch in terms of perspective and realize that maybe this had to happen.”

Choosing which eight songs to put on an album that is introducing him to the world was not easy.

“I’ve made way more than eight songs because it’s important for artists to make as many songs as you can based on experiences in your life. I would have written 50 to 100 songs in the three years and whittling it down was hard,” he says. “In terms of how I ordered everything, it just kind of made sense. It’s was kind of this rollercoaster of happy thoughts and then sad, nervous, dark thoughts and it kind of came back up and went back down.

“That’s just life, we have these happy thoughts one day and then we have these days when you just can’t get out of bed, and everyone goes through that. It’s OK to have the bad days and really make sure to realize when you’re having a good day because that’s important as well.” 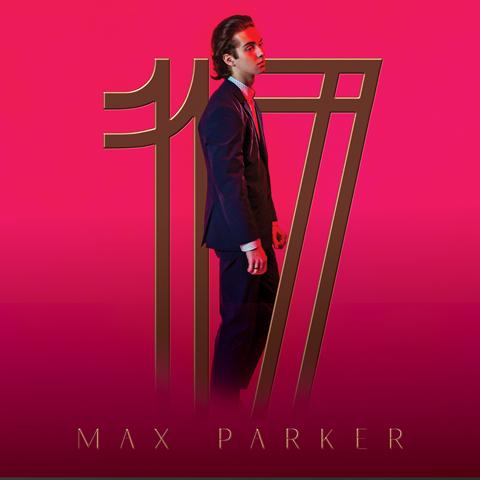 Parker says he knew the kind of music he wanted to make as a kid listening to pure, unapologetic pop.

“I told my parents when I was in the car to switch it to Mika or Katy Perry because I just loved pop and it just moved me differently than other genres,” he recalls. "I listen to all types of music – I love rock, I love jazz – so I’m inspired by different genres but pop just moves me differently.

“As I kept hearing pop and I kept seeing shows when I was younger I was like, 'I want to do that.’ That’s what inspired me to pick up the guitar when I was nine or 10 and just experiment with playing instruments and stuff. It just naturally happened.”

Of course, the genre offers the opportunity to become a bona fide pop star and Parker isn’t afraid to admit that would be cool – though he doesn’t want anything to overshadow his music.

“I like to substitute ‘famous’ for ‘well known’ because I feel fame is one of those things that comes along with hard work and perseverance and really focusing on the craft and taking the time to make art that’s going to hit other people out in the world.

“I don’t like to view it as something I want but I want to make sure that I’m impacting people with my music. That’s more important to me than fame.”

Staying grounded is key and Parker says he’s got a mother who will remind him why he’s doing this and who he’s doing it for.

“It’s not worth it to get out of your head,” he says. "I’ve got my mom, who always reminds me. But I’m starting to remind myself too which is a good thing. If something happens where I have a huge success one day I say to myself ‘Keep going. There are people who are touched by the music so keep doing it, keep smiling, keep being nice to others, keep being kind.’ That’s all that matters.”

Parker said he’s anxious to get on stage. “It’s really fun having the lights shine on you and seeing the crowd. I love smiling and making eye contact and connecting with people,” he says of the live experience. “I go up and I’m nervous every time but I feel like that nervousness is what gives me the adrenaline that I crave as an artist, so it’s fun no matter what. I’m really excited for shows and to have a really good time with everyone.”

Who would he most like to be called on to open for? “Harry Styles is one that I think would make sense,” Parker says. "He’s kind of like a male version of Taylor Swift. He’s able to captivate his audience. He’s got true fans. He’s a very authentic artist, so I think opening for him would be a thrill.”

In the meantime, Parker keeps his growing fanbase informed and entertained via social media, where he already has over 12,000 followers on Instagram and nearly as many on TikTok.

“Any artist would say that it allows us to connect with our fans and at the end of the day that’s the most important thing. Keeping them up to date on things is important and I love sharing my life on social media – but it is hard to do that consistently,” Parker admits. “Social media is kind of a highlight reel of your life and sometimes you’re not fully honest about how you’re feeling on social media so it’s important to take breaks sometimes.”

The singer says he has recently been making a lot of music on his own without sharing it all on social media “because I think it’s important to make music for myself. It keeps me sane and grounded.”

He says it’s all about timing and knowing when he can give fans the authentic Max Parker.

“Sometimes I tell them, ‘hey I’m not really having a good day, my morning was terrible, but I hope you relate to that and that makes you smile.’”