Miranda Lambert Opens Up About 'Tequila Does' Remix

Miranda Lambert says she released a remix of “Tequila Does” because it got a stamp of approval from her brother Luke and his husband Marc.

“I’m like, ‘How is this? Tell me the honest truth because if you hate it, it goes away forever.’ He was like ‘I love this, it is awesome and you should put it out,’” the country star recalled, in an interview with GLAAD.

“So it gave me the confidence. Him and his friends and my brother-in-law, they totally pushed me over the edge.”

The Telemitry remix came last week with a video that Lambert said is “oozing fun.” Shot at the trailer park she set up on her Tennessee farm, it features Luke and Marc as well as Lambert’s hot hubby Brendan McLoughlin and his brothers K.C. and Patrick. 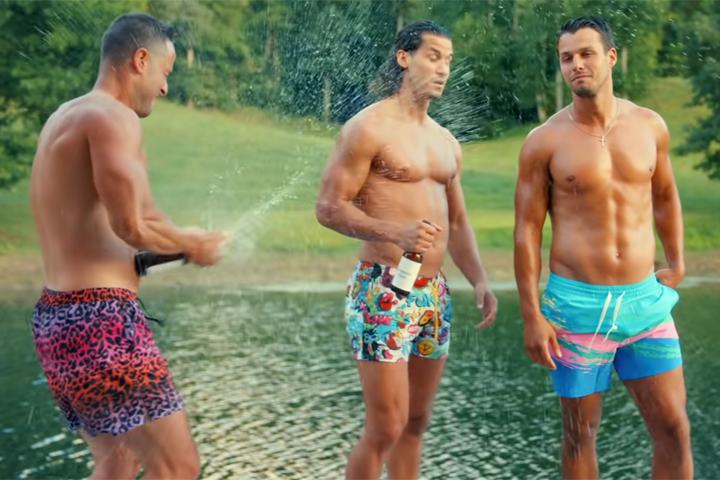 Lambert told GLAAD she is proud to be an ally in the LGBTQ community.

“I do think we are in a moment of change and I have so much to learn,” she said. “I know I am uneducated, but I am full of love, so if I say the wrong things or don’t use the right language it only comes from a place of me trying to learn all these new ways.”

The 37-year-old singer said her brother’s journey to living his truth – which inspired her song “All Kinds of Kinds” a decade ago – has brought them closer.

“We’ve come a long way from him struggling and figuring that out to now being in this video with me,” explained Lambert. “It’s been a really cool sibling bonding for us. It’s not an easy road all the time.”

Lambert admitted it is sometimes difficult to be an ally in the traditionally conservative country music industry.

“It’s such a cancel culture, I get really nervous,” she said. “I just think they should be equal. I mean, I never get into any kind of politics. This to me is not political, it’s just about people loving each other and supporting each other and that has nothing to do with anything but your heart.”

Lambert is encouraged by country stars like T.J. Osborne coming out as gay and finding support.

“It’s very cool to me that there is change in the air and that these people are being so brave to be, ‘This is who I am.' This is awesome. Why did we care so much?

“This is just people being who they are.”

Watch the video for "Tequila Does (Telemitry Remix)" below:

Listen to music from Miranda Lambert