Montreal’s Théâtre Saint-Denis was transformed Tuesday into the Minneapolis venue where Up, Up, Up! A Concert for Zach was staged in February 2013.

It’s all for production of Clouds, a Warner Bros. film that takes its name from an inspirational song recorded in 2012 by terminally ill teenager Zach Sobiech. He died in May 2013 at the age of 18 – but not before a video for “Clouds” garnered more than 3 million views on YouTube. (It has since surpassed 14 million.) 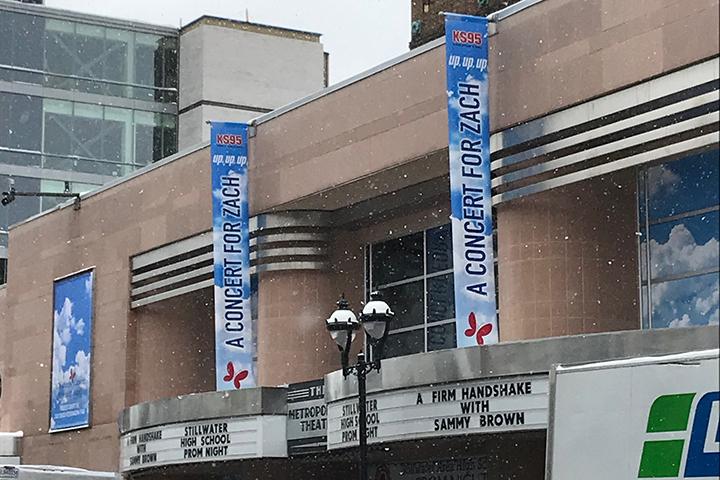 Filming has been underway this week inside Théâtre Saint-Denis and, on Tuesday night, exterior scenes will be shot at the entrance to the theatre, which has been turned into the fictional Metropolitan Theatre.

Included is a scene where Zach’s parents Rob and Laura – played by Tom Everett Scott and Canadian actress Neve Campbell – arrive at the theatre and look up proudly at the marquee bearing their son’s name.

The real-life Up, Up, Up! A Concert for Zach took place Feb. 16, 2013 at the Varsity Theater in Minneapolis. Presented by Minneapolis-St. Paul radio station KS95, the sold out event featured Sobiech and Sammy Brown’s band A Firm Handshake. Funds raised went to the Zach Sobiech Osteosarcoma Fund. 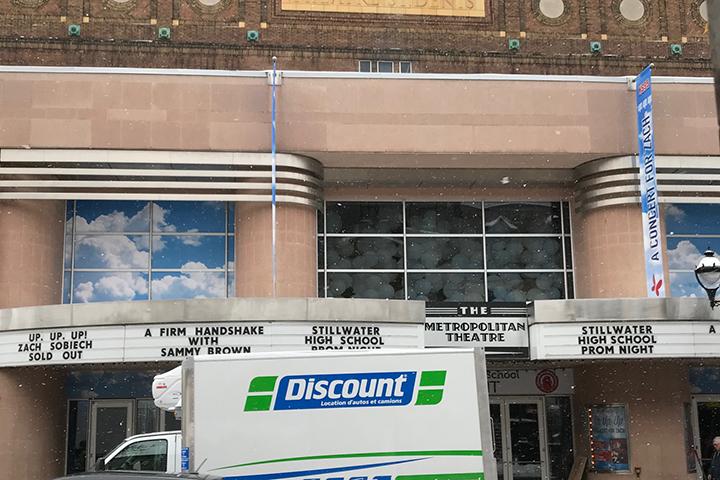 As first reported here in September, the movie is based on Laura Sobiech’s 2014 book Fly A Little Higher and is being directed by Jane the Virgin star Justin Baldoni. Cameras roll in Montreal until the end of the month. 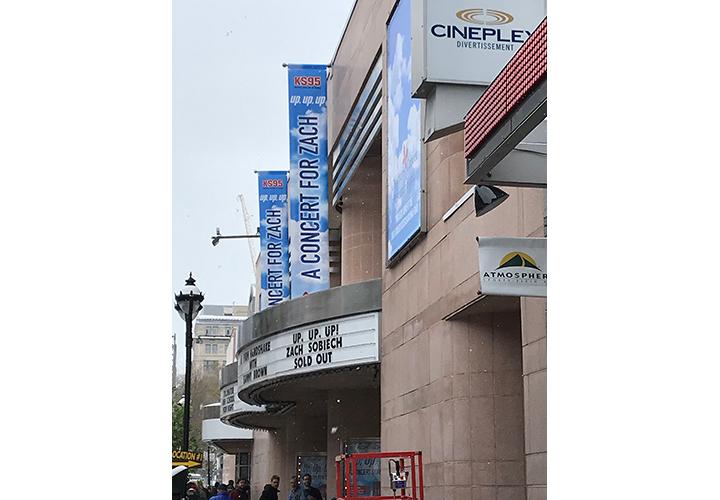